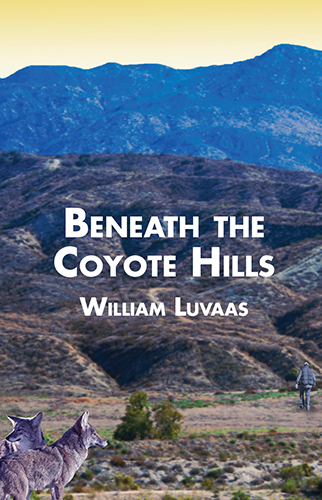 Beneath The Coyote Hills

Beneath The Coyote Hills explores the influence of choice and chance in our lives. Do we control our own destiny or is it dictated in part by mysterious forces beyond our control? Tommy Aristophanos is a luckless man, homeless freegan, fiction writer, and epileptic, who is haunted by grotesque “spell visions” and by his abusive father who returns, quite literally, from the dead. When Tommy’s fictional creation, wealthy and successful V.C. Hoffstatter, emerges from the pages of Tommy’s novel to harass him, plucky Tommy has to fight back. Hoffstatter believes that we author our own destiny, while Tommy’s many reverses and ailment teach him that we control far less than we imagine. In the book’s final narrative twist, we are left wondering who is the true Pygmalion–Tommy or Hoffstatter?

Hear the podcast of reading

Interview in the Huffington Post with Elan Barnehama: “Consequences Be Damned”

Podcast: Interview on NPR with Suzanne Lange on “A Novel Idea” (KRCB – Radio 91)

A great part of this novel’s charm is this thoughtful, hilarious, imaginative, and enterprising community of like minded misfits and outcasts who befriend Tommy and who look out for each other. The total result for the reader is a compelling POV and a fascinating and inventive narrative.

Beneath the Coyote Hills has cost me a sleepless night that I can scarcely afford, and has left me cold with awe at the unwavering skill and subtlety of the narrative.  The sheer scope of the author's imagination, and the almost impossibly delicate poetic weight of the prose, has made the discovery of William Luvaas' writing one of the genuine joys of my reading-year.  He is a remarkable writer, comfortably among the finest at work in America today, and this novel is a towering and maybe career-defining achievement, art of the highest order.

With his third published novel, Beneath the Coyote Hills, master storyteller William Luvaas demonstrates once again his remarkable talent for creating over-the-top characters and tragic lives that feel entirely true and believable.  And he does so in his signature lyrical style of writing, brilliantly enhanced here by grace notes of hyperbole and humor and anti-heroic irony, juxtaposed with imagery that's realistic, viscerally affective, and relentless.

Going Under is told with power and authority as it explores a family’s collapse into self-destruction and abuse.  Luvaas’s great power as a storyteller brings the reader up out of these sorrows and into a sense of redemption that is triumphant and true.

Frederick Busch, Author of Sometimes I Live in the Country

A mother drowning in alcohol drags her whole family down in William Luvaas’s powerful novel.

In his second novel, Luvaas skillfully peels away the layers of deception in the Tillotson family to reveal three generations of trauma and abuse.  A surreal and frightening air prevails, as guilt, aggression and madness escalate in this powerful evocation of family members coming to grips with their crimes against one another.

When we meet the Tillotsons, Meena and Jeff have just survived being run over by a truck, fortuitously saved by wet Oregon mud, and it seems at that moment the family has used up most of its luck.  Thereafter their lives spiral ever downward, things getting worse when they move to Southern California in an attempt to start anew.  Don loses his job and his perspective, Jerri loses touch and, more slowly, her mind, and [Aunt] Debbie tries but fails, until the last moment, to pick up the pieces.  Going Under does capture well the ways in which, as Jeff says as a teenager, “What was once your home becomes foreign territory.”

I found GOING UNDER to be powerful, moving, frequently funny, and ultimately positive.  Luvaas portrays the members of a dysfunctional family with compassion and insight....Those who admired Wally Lamb’s best-selling novel SHE’S COME UNDONE will find GOING UNDER to be a richer, deeper, and more insightful study of the psychological problems that can damage essentially good people.

Stephen Minot, Author of Three Genres: The Writing of Poetry, Fiction, and Drama

Luvaas has created here a terrible and tragic picture of the ways family dysfunctions appear in succeeding generations. Reading Going Under is like watching a train wreck happen before your eyes.  It’s horrifying, powerful stuff you can’t tear your eyes away from.

The Seductions of Natalie Bach is one of the best works of fiction about that pregnant decade [the sixties], comparable to Marge Piercy’s “Small Changes” and Lisa Alther’s “Kinflicks.”  Luvaas recaptures the excitement of coming of age against a background of assassination, political activism, sexual experimentation, intellectual arrogance and generational conflict.

This is a tale of lost sexual innocence, female relationships and growing up.  Perhaps the most striking thing about The Seductions of Natalie Bach is Luvaas’ writing style.  He tumbles onto the pages in an explosion of original phrases and descriptions to produce a novel that is not only fun to read but also full of surprises.

The story relates the coming of age of Natalie Bach: New Yorker and child of the ‘60s, who, while traveling down all the dead-end alleyways of her generation, manages to save herself by a gutsy determination to remain her own person....a novel by turns warm, coy, sad and funny, always human, and ultimately heroic.

A Master of metaphor, of character and imagination, Luvaas takes the reader on odysseys every bit as compelling as those of Gabriel Garcia Marquez or J.M. Coetzee.  I was enchanted and moved by these stories, some of which are bound to become classics.

This collection displays notable strengths, sweet rendering of unexpected and unspoken love; humble work precisely described; compressed, believable dialogue; and humor.  An absorbing collection by a writer to keep your eye on.

In these unforgettable stories, Luvaas depicts the struggles of everyday people facing situations far from the ordinary.  A Working Man’s Apocrypha is masterful storytelling that breathes life into unlikely but oddly familiar characters in landscapes borrowed from dreams.  Luvaas manages to make such swerving and impossible lives feel utterly true and real and maybe—incredibly—even normal.

Luvaas’ poetic prose is powerful as the Santa Ana winds yet delicate enough to limn the silences that speak louder than words, as in the title story, where the bond between a widow and her dying handyman is too profound to risk actual words of love.

Ashes Rain Down is holy-smokes brilliant, ten connected stories of the apocalypse that are sharp and filthy and gut-bustingly funny, to boot.  I’ve been shouting it for years, but now I’ll shout it louder: William Luvaas, my friends, is a wild-eyed genius.

Heat, flies, wind and even ghosts form the eerie landscape of Luvaas’s extraordinary collection about love, hope and the stubborn resistance of humans even in the face of doom.  Jaw-droppingly brilliant and downright transcendent.

While comparisons to Cormac McCarthy’s powerful The Road novel seem inevitable, William Luvaas’s brilliant new collection of short stories, Ashes Rain Down: A Story Cycle, is a wildly inventive and epic comedy of prophetic visions, and a masterpiece of fiction for our own modern times….Luvaas manages to weave ten stories into a moving, gripping and often hilarious journey of wily characters—friends, lovers and conflicted family members—attempting to navigate the demands of a crumbling world.  In a year of extreme climate disruptions, Luvaas’s stories should be required reading—if only as a reminder of the never-ending quest for food, water, fuel, redemption, understanding, love—and sex—in a world shattered by the “forever war,” unrelenting natural disasters and unleashed civil disorder, and the power of storytelling to bring some sense and laugh-out-loud humor to the pieces.

The Style and mixture of voices used throughout these ten tightly linked offerings suggests Flannery O’Connor’s eccentrics channeling the apocalyptic visions of Cormac McCarthy (if McCarthy had a sense of humor) laced with brilliant absurdities that might also be labeled eerie ecstasies, the musings of a gifted ironist, a jubilantly dark comedian, a compelling writer whose mind is filled with prophetic visions about a future entirely possible—credibly even inevitable.

The collection is strangely uplifting despite the operatic landscape of desolation that pervades every aspect of these characters’ lives….The writing style is poetic but also refreshingly crisp.  Some stories echo elements of magic realism, layering the collection with an unsettling, almost cathartic energy.

Luvaas’ stories suggest that society would be less threatening, less unpredictable, if citizens banded together, and he suggests this by depicting libertarian characters trying to deal with the end of the world while retaining their value systems.  Beneath the grotesques, and the gestures toward genre horror, Luvaas has created a deeply thoughtful cycle of stories. 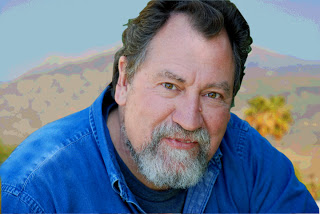 William Luvaas has published two previous novels, The Seductions of Natalie Bach (Little, Brown & Foreverland Press) and Going Under (Putnam & Foreverland Press), and two story collections, A Working Man’s Apocrypha (Univ. Okla. Press) and Ashes Rain Down: A Story Cycle (Spuyten Duyvil). His essays, articles and short stories have appeared in many publications, including The American Fiction Anthology, Antioch Review, Confrontation, Epiphany, Glimmer Train, Grain Mag., North American Review, Short Story, Stand Mag., The Sun, Texas Review, The Village Voice and The Washington Post Book World.  He is the recipient of an NEA Fellowship in Fiction.  His stories have won Glimmer Train’s Fiction Open Contest, The Ledge Magazine’s Fiction Awards Competition and Fiction Network’s 2nd National Fiction Competition. He has taught creative writing at San Diego State University, The Univ. of California, Riverside and The Writer’s Voice in New York. He is online fiction editor for Cutthroat: A Journal of the Arts. Luvaas’s collection Ashes Rain Down was The Huffington Post’s Book of the Year and a finalist for the Next Generation Indie Book Awards.