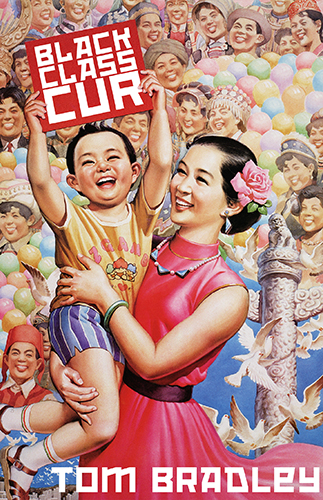 Written after several years of exile in the People's Republic of China, Black Class Cur is set in that country on the eve of the latest Tiananmen Square Massacre. The main characters are a former Red Guard still trying to fight the Cultural Revolution in a remote rural area, and his younger brother who gets fatally involved in the student demonstrations. They come up against an American "foreign expert" who represents everything they despise. The latter's main preoccupation is locating a baby to adopt, with or without the help of a variegated gang of Palestinians, Liberians, Pakistanis and other third-world "medical exchange students," who must spend their waking hours slaving in the municipal abortion mill.

Your years in China should stand you in good stead. That vast land is still terra incognita as far as the eye of fiction is concerned ... Your title is offputting.

When is the world going to wake up to the genius of Tom Bradley? … One of the most criminally underrated authors on the planet.

The contemporaries of Michelangelo found it useful to employ the term terribilita to characterize some of the expressions of his genius, and I will quote it here to sum up the shocking impact of this work as a whole. I read it in a state of fascination, admiration, awe, anxiety, and outrage.

R.V. Cassill, editor of The Norton Anthology of  Short Fiction

Denis Dutton, editor of Arts & Letters Daily ("among the most influential media personalities in the world," according to Time Magazine) 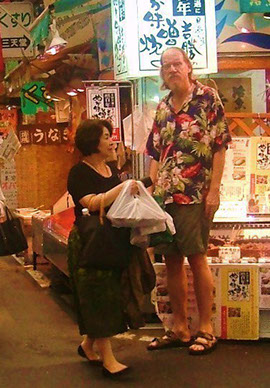 "Tom Bradley has long been known for repeatedly performing, at will, almost offhandedly, a task one would have thought impossible, perhaps magical, in these latter jaded days: the invention of new genres. Andrei Codrescu hailed his quasi-nonfiction opus Fission Among the Fanatics as 'the first appearance of a genre so strange we are turning away from naming it.' In the field of meta-scholarship, the late Carol Novack described his Epigonesia as 'that rarity of rarities: a new genre, something like a superficially nonfictional Pale Fire, taking place in real time as the primary text alternately rides roughshod over, and is sapped and subverted by, the critical apparatus.' More recently, in his books Family Romance and We’ll See Who Seduces Whom, Bradley has yanked new kinks into the synaesthetic art of ekphrasis. He 'accepted the challenge posed by stacks of preexisting art' and wrote a novel and an epic poem, respectively, around them."

Further curiosity can be satisfied at tombradley.org