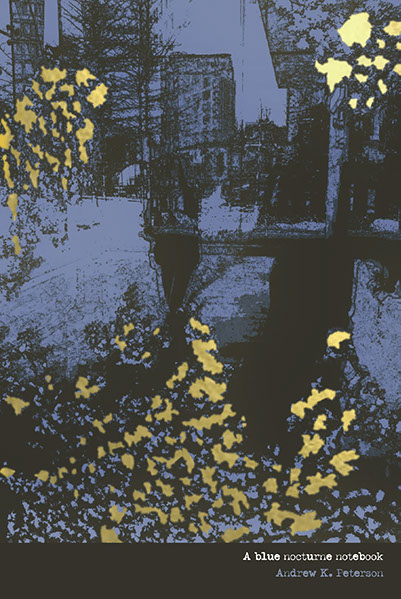 This terrific book tells you the time of its composition: the murky, liminal, vulnerable haze before sleep arrives. In this fecund and weird time, Andrew K. Peterson’s A blue nocturne notebook brings the notebook into the bedroom.

I marvel at Peterson”s range, both of the friends and artists who form the motivating community of these poems, from Diane di Prima to Alice Coltrane, but also his artistry: formal, musical, studious, silly in turn. I love a notebook poem that strays and errs between its borders, a writing practice that wriggles back against constraint, and this book is a magnificent new iteration of the genre, from the “you-do-this-you-do-that wig nighties of kiddom” to that same kid, maybe? waking up at dawn, trapped in

“the trunk of a Wal-Mart parking lot.” I love this book.

Andrew K. Peterson’s poems are vivid, distinct, and visually lively, composed with an experimental and Whalenesque verve (among many this collection communes and jams with). Composed by hand in a blue Italian notebook in the wild penumbral moments (“all night for the moment”) that exist before falling asleep, these poems feel like spells, honoring reverie. These are rapturous inventions, collages, and experiments coming from an experience of profound attention and practice, and, yes, love. I marvel at the expressive formal range and easy imagination “moving through ancestry / trembling / tuned to the moving within.” This is poetry that takes you along on its rare journey, and declares you free: “I wouldn’t’ve ever beginned at begun / cop an opal, call it pearl / learn to be undone.” 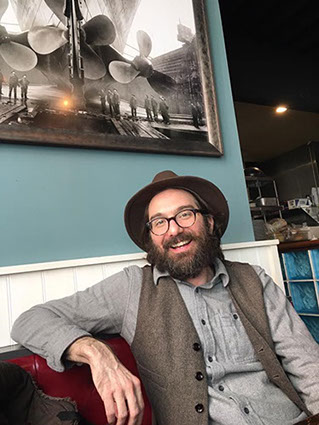 Andrew K. Peterson is the author of four poetry books, most recently Good Game (Spuyten Duyvil, 2020). His chapbook The Big Game Is Every Night was mailed to the White House in 2017 as part of a collective protest from Locofo Chaps (Moria Books). A previous chapbook bonjour meriwether and the rabid maps (Fact-Simile Press) was featured in a poets’ maps exhibition at the Univ. of Arizona’s Poetry Center. In 2017, he helped co-organize the Boston Poetry Marathon event. He is a co-founder of the lit journal summer stock, and lives in Boston. (andrewkpeterson.com | IG: akpitros)