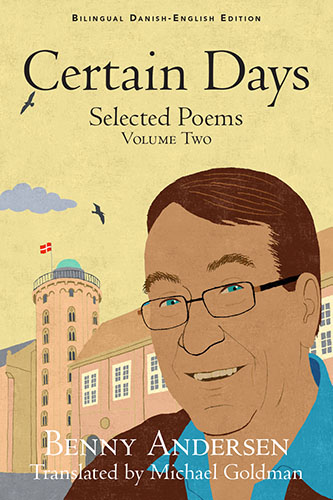 separate the sour from the sweet

and the inner from the outer,

let the knives of light scrape away

so I can be afraid

when the fearful hour tolls,

so I can hear

where I should join in

when the great music begins. 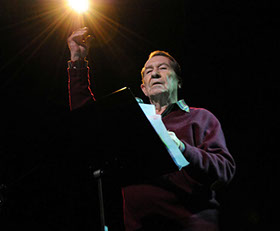 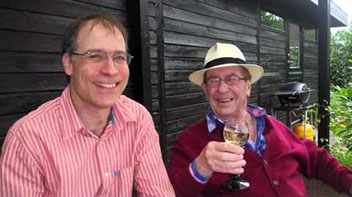 Benny Andersen (b.1929) is the all-time best-selling poet and lyricist in Denmark. First published in 1960, he has produced 21 volumes of poetry along with numerous records, stories, screenplays and children’s books.  His Samlede Digte (Collected Poems) has sold over 150,000 copies in Denmark. Parts of his authorship have been translated into 24 languages, though until recently, little of his poetry has been available in English. Andersen continues to write and to perform to sold-out audiences in Denmark. He lives near Copenhagen.

Founder of Hammer and Horn Productions, Michael Goldman (b.1966) promotes and produces translated works of Danish literature. Over one hundred of Goldman’s translations of poetry and prose have appeared in literary journals such as Rattle, Harvard Review, World Literature Today, and International Poetry Review. His translated book publications include Something To Live Up To by Benny Andersen, Farming Dreams and The Way It Seems by Knud Sørensen, Stories about Tacit and The Water Farm by Cecil Bødker, Average Neuroses by Marianne Koluda Hansen, and Fragments of a Mirror by Knud Sønderby.  He lives in Florence, Massachusetts, USA. www.hammerandhorn.net