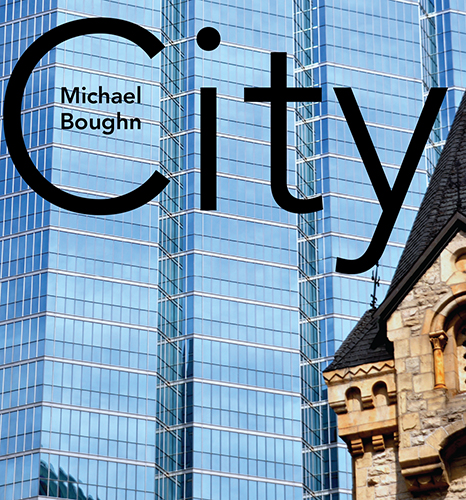 a poem from the end of the world

Michael Boughn’s City is explicit in its celebration of the urban as a pumping heart with architecture. Boughn approaches the ‘common’ with an open language knowing full well that some who share the space may not ‘understand.’ His Walden is a full-canopied forest of neighbourhoods within and around which true solace is found, but only after much searching.

City mirrors the soul’s own anthems, landmarks, apparitions and traffic jams. William Blake would be at home in Michael Boughn’s tough and devilish town, apocalyptic in its ferocious litanies and bellicose arsenals, its grinding insistent engine roar ruling out nothing, in the midst of which an ironic I, both innocent and experienced, detects a gently scented boudoir, green and hilly resolutions. City hums/with a sudden inoperable thrill, and even at the end of the world, songs pour / out someone’s hidden window.

City profiles el dorado’s detritus, those ‘scattered shapes that suggest themselves’ in bullet-like periodicity as we try to make sense of our desire for a shining city. Mike Boughn’s method in chronicling the ‘emerging pathogens of imaginable substance’ is to riff relentlessly, measuring the multiple traffic of the cities’ words and their possibly unattainable story. The poetic narration in this series operates as a kind of cloaking device, surprising our assumptions with its anti-spatiality from ‘those mouths at the edge of the sky.’ This ‘poem from the end of the world’ is an intense and provocative call ‘to give shape to the earth.’

Michael Boughn is one of the most interesting writers I know.

What City Book One: Singular Assumptions demonstrates throughout its sharply observed & playful construction is one reply to the accusation that poetry doesn’t, & can’t, matter. We know how bad things are, in the largest political sense, in our cities, our states, & poetry, however cleverly it articulates the ‘atonal breaches in the historical / fabric.’ The wit of the whole, & comic intensity of, especially, ‘Part Three; Entertainment,’ suggest the ways in which poetry can shake up minds too easily & lazily given to reading the world (& its many means of communication) with an aggressiveness that remains trapped in political passivity. City argues, finally, that beauty & art are part of the possible solution, the book’s ‘adieu calls / to attention, to here, that supple / shift of weight yields the world // in spades. Anyway it’s a place to start.’ 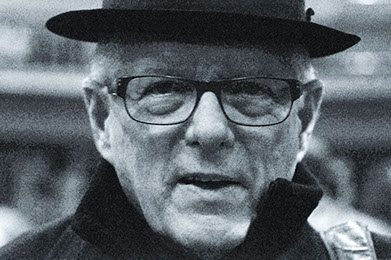