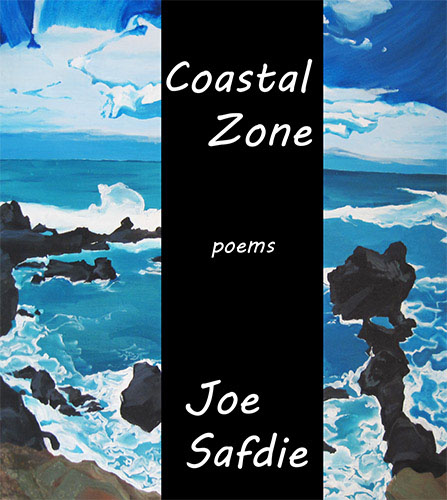 From Bolinas to San Diego and beyond, Joe Safdie works tautly tuned raw gut chords reminiscent of a poet such as Ed Dorn while mixing in the coastal bliss found in the poems of Joanne Kyger. Yet he always discovers, as every poet must, the means whereby to set his own example. Thinking through the act of writing the poem, with ever present humor, his poems demonstrate a spirited zeal to reach beyond one’s own self and be guided by the Outside in practices and principles that develop the inside life. In the Poet Game, Safdie’s a lifer: whatever the consequences, he’s all in.

Joe Safdie’s Coastal Zone cracks me up—not as in laughing, but as in letting light in, like the famous crack(s) in the Cosmic Egg. The collection is full of wisdom, replete with ideas, a dialogue with all of literature, from Heraclitus through Auden and Ashbery, with stops along the way for Mary Shelley’s Frankenstein, Chaucer, Herrick and Shakespeare, mixed in with baseball lore, climate information, and various personal remarks, “a perpetual intermingling of the human and the divine, which makes poetry possible,” and it can surprise at every turn: poetry in conversation with itself. In this collection, from sonnets to sestinas, to villanelles to vers libre, Safdie examines the aesthetics of order and disorder. There is much wisdom here and many questions—and much of the wisdom is in the questioning.

Judith Roche, author of All Fire All Water 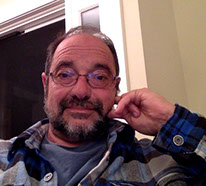 Joe Safdie has lived – mostly chronologically – in Oklahoma City, Los Angeles, Santa Cruz, Venice Beach, Boulder, San Francisco, Bolinas, Olomouc, Prague, Seattle, San Diego and now in Encinitas, where he writes from a small office with a window that looks out over a cherimoya tree, a lantana plant, and a lemon tree. Five scattered chapbooks appeared between 1974 and 2006, and the full-length Scholarship (BlazeVox) in 2014. This is what he looked like – clearly bemused by something or other – in April of 2015.