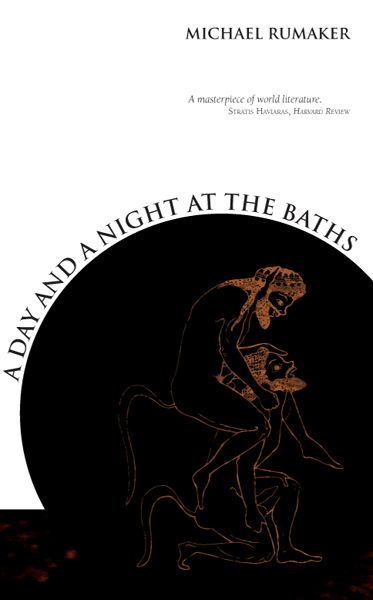 The dates are important to mention in order to put the open sensuality in the novel in perspective., that is, pre-AIDS, when male-male sexuality was being liberated from its centuries-long subterranean hiddenness into a visibility if only, in this instance, of the twilit and claustrophobic “freedom” of a bath house.

The baths will never be a footnote to our history but rather an integral part of it and what is interesting is that many men who would never set foot in a gay bar would visit the bathhouses. Communication for the most part was non verbal and sex ruled. This was our past and long before the internet and email, for many this is how and where we met.

Rumaker an original prose creator of great shamed heroic sensitivity has taken up his pen again to describe a hidden psychological & physical reality. As an old sex fiend from the baths myself I’m grateful & relieved to see thru his eyes and feel thru his body.

Rumaker gives us something much more than a well-crafted elaboration on a special moment in time.  He looks beyond the twelve hours his character spends at the baths. He imagines man’s lusty tribal past reawakened into being by a messy mass orgy and offers some possible futures for eros in a culture that seems determined to harness it for any purpose other than pleasure and rob it of its vitality. A Day and a Night in the Baths is smart, curious, unsentimental, and yet quite endearing. This reprinted edition is a welcome reminder that even in the era of AIDS, where caution and precaution are advisable, being especially promiscuous can be liberating, instructive, beautiful, invigorating, thrilling, and need not be tagged as addictive, compulsive behavior.

Rob Stephenson, author of Passes Through 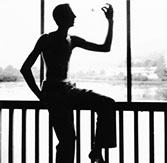 Michael Rumaker is an American author (born March 5, 1932 in Philadelphia, PA), to Michael Joseph and Winifred Marvel Rumaker. He is a graduate of Black Mountain College (1955) and Columbia University (1970). Most of Rumaker's fiction concerns his life as a gay man. His first book, The Butterfly, is a fictionalized memoir of his brief affair with a young Yoko Ono, published before Ono became famous. His short stories, Gringos and other stories, appeared in 1967. A revised and expanded version appeared in 1991. He began to write directly about his life as a gay man in the volumes A Day and a Night at the Baths (1979) and My First Satyrnalia (1981). The novel Pagan Days (1991) is told from the perspective of an eight-year old boy struggling to understand his gay self. Black Mountain Days, a memoir of his time at Black Mountain College, has a strong autobiographical element In addition, there are portraits of many students, faculty, and visitors (especially the poets Robert Creeley and Charles Olson) during its last years, 1952-1956.