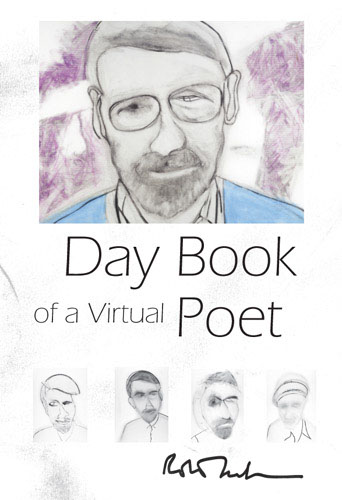 .... the arts are inevitably agents of “translation,” carrying a to b, as the latin root “transfere, translatus” would make clear. Cyberspace had already thus been entered with various events of this kind .... it is curious to see what comes of that here—and how the setting, call it, recognizes the situation of the people participating or possibly to be participating, as yourselves.

“I don’t think a book has so pleased me in years, just that it came so unintentionally to hand,” wrote Robert Creeley shortly after the Spuyten Duyvil publication of his Virtual Poet. “More than anything else, it was a place to say a great many things as a poet, to make clear what I valued …. to keep the faith in my own way.”

An Elder, Creeley can be as youthful as the electronic text in which he corresponds, while the challenges posed by this new medium elicit from him the wisdom and knowledge of a seasoned poet as well as his sharp intelligence.

Throughout the text, Creeley’s enthusiasm never flags, and his playful language is wonderfully idiosyncratic (especially his reliance on the word dig).

Robert Creeley was born in Arlington, Massachusetts. A year with the American Field Service in India and Burma (1944/5) interrupted his time at Harvard; on his return he married, left Harvard without graduating, and, in 1948, went to New Hampshire to try subsistence farming. His attempt two years later to launch his own magazine failed, but prompted a long correspondence with Charles Olson and provided material for Cid Corman's journal, Origin. In search of a cheaper way of life, the Creeleys moved in 1951 to France and the following year to Mallorca (the setting for Creeley's only novel, The Island, 1963), where they stayed until their divorce in 1955. There they set up the Divers Press and printed books by Creeley himself (including The Gold Diggers, 1954; eleven stories), Robert Duncan, Olson, and others. At Olson's invitation Creeley taught at Black Mountain College (spring 1954 and autumn 1955) and founded and edited the Black Mountain

worked as a tutor on a Guatemalan plantation, in the early1960s he began a new academic career--which led him in later years to the State University of New York, Buffalo--and became nationally known with For Love: Poems 1950-1960.