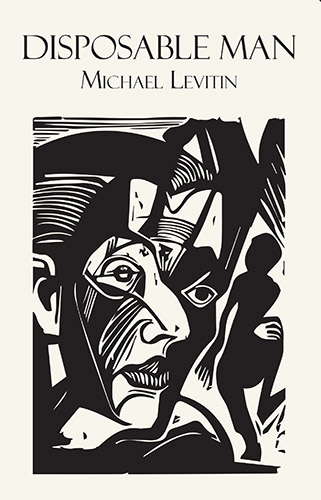 I’m also, like Levitin, a reader of European novels, and in many ways, Disposable Man is a nod towards this great European tradition. Levitin himself, in one of the interviews, classified it as a bildungsroman. So a bit of German writers and a lot of Phillip Roth . . . . Levitin’s debut novel is a classic, compelling and hilariously fun identity quest.

Disposable Man is a compelling male manifesto, an elegy to lost purpose and grip—stunning, angry, smart, funny, and uncomfortably precise. From the book’s spectacular opening pages to the raw bittersweet ending, Levitin’s remarkable post-millennial novel bristles with restless speculation about male identity in the #MeToo milieu... an astringent perspective on post-feminism, late capitalism, global unemployment, and the overall ennui of males who have yet to find traction in a chaotic Zeitgeist. A tour de force, crackling with humor and defiance, the voice of Disposable Man is intimate and vivid as Levitin spins the saga of one man’s journey to set the family record straight.

The subject of Michael Levitin’s first novel is not just the ‘disposability’ of man as declared by its title, but his displacement... As in Hemingway’s iconic first novel, our protagonist begins in the metropolis by collecting a crowd; the crowd then takes an inebriate journey; finally the protagonist breaks off on his own, to discover himself ‘truly’... It is a young-man-comes-of-age novel tout court, and in many ways a promising one. The happy bike journey through western Poland has a touch of Mark Twain to it, even Whitman; the Jacks, London and Kerouac, come to mind too.

"Max hangs with his pals in the gritty pubs, a last refuge for bro time, pondering life and generally floating along until Aunt Josephine’s postcard spurs an adventure through Poland and into Lithuania, where Max delves into archives, uncovers family secrets, rediscovers his manhood and finds his future through his family’s tragic past."

from the review in The Mercury News

"Levitin is an accomplished journalist, while his alter ego Krumm suffers millennial angst about finding greater purpose in the current era."

from the review in Jewish News of Northern California

Set in contemporary Berlin, Disposable Man tells the story of Max Krumm: American expatriate, struggling journalist and the reluctant descendant of Holocaust survivors. Krumm also suffers from a mysterious genetic disorder: All of the men in his family are cuckolds. After his German wife leaves him, Krumm falls ill and is haunted by memories of his Jewish past—in particular, a desperate postcard his great aunt once sent from the Siberian gulag addressed simply, “Albert Einstein, U.S.A.” A multigenerational novel woven into the backdrop of revolutionary-era Russia and Nazi Europe, Disposable Man tackles enduring themes of loss, male identity and the search for meaning. Holding up a mirror to Gen X and millennials, it explores today’s generation of stalled, disposable men as it follows Krumm on a rambling journey east through Poland into Lithuania where he attempts to uncover a family secret and, in the process, regains his manhood.

This remarkable novel about a young man’s search for the continuity of his portable life, among the ruins of a murdered past and in the face of a blank future, is rich with delights, insights, warranted sadness, and a longing to make sense of history.

Todd Gitlin, author of The Sixties: Years of Hope, Days of Rage and the novel Undying

Welcome to the nadir of post-employment, post-feminist, mediocre masculinity. Michael Levitin’s wise, funny tale is brilliant in both its pathos and earnestness. You’ll thank him afterward for this splash of world-historical cold water.

author of Everything for Everyone: The Radical Tradition that is Shaping the Next Economy

We’ve collectively torched the planet the last century and a half, men leading the ruination. Levitin’s labyrinthian embrace of our follies, tyrants, cuckolds, and lovers, not to mention aunts who write postcards to Einstein from the gulag and stoned buddies on bikes in Poland, is laughter and memory layered over it all and delivered by a compelling, life-hammered voice you trust from page one.

Joe Sherman, author of Fast Lane on a Dirt Road and Gasp! The Swift and Terrible Beauty of Air

This picaresque novel allows us to explore not only Eastern Europe but gives us entrée into Berlin’s expatriate scene and tenders a witty sociological analysis of the city’s bourgeois-bohemians that is worth the price of admission. Michael Levitin, a journalist by trade and former Berlin resident, knows this turf well. This is an insightful, entertaining and multi-faceted work with something on offer for everyone.

Kevin McAleer, author of Errol Flynn: An Epic Life and the novels Surferboy and Berlin Tango 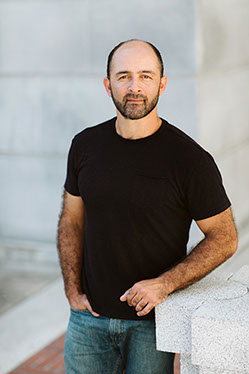 Michael Levitin was born in Maine in 1976 and grew up in northern California. He studied history at the University of California, Santa Cruz, and earned his Masters degree from the Columbia Graduate School of Journalism. His writing has appeared in The Atlantic, The Guardian, Los Angeles Times, Newsweek and Time, among other publications. He was co-founding editor of the Occupied Wall Street Journal and founding editor of the Prague Literary Review. He lives in Berkeley, California, with his partner and daughter. This is his first novel.