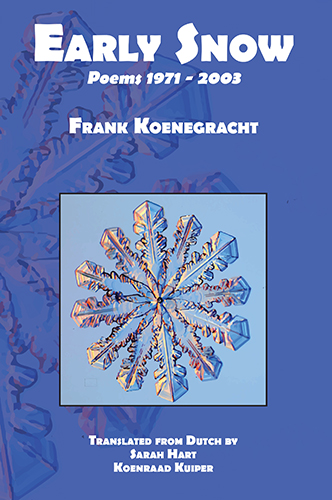 translated from the Dutch by

Koenegracht’s verses are unpredictable and that is exactly his strength. He plays tricks on you when you least expect it. But there is relief: Koenegracht has a fabulous sense of humour.

Frank Koenegracht writes a very modest form of poetry. The poet directly registers what concerns him. Observations and emotions often form a departure point for reflections. His lyrics, therefore, have a special accessibility. In his best moments Koenegracht also knows how to engross and surprise the reader. What at first appears rather banal seems in retrospect to contain a suggestion of a deeper connection or actuality.

‘The world of Frank Koenegracht is not cheerful, but fortunately there is much to laugh about,’ as the poet appropriately says himself. His poems are often humorous and reality gets ‘out of hand in an enjoyable way’. But he is also profound and tender. … Koenegracht’s poems are never over-emotional or forcedly learned or vulgarly funny—his reality is always strange and painful. 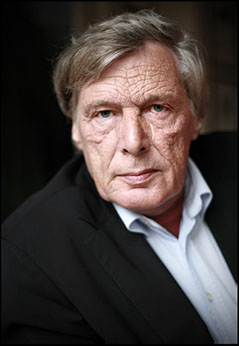 Frank Koenegracht was born in Rotterdam in 1945 and studied medicine in Leiden, specializing in neurology and psychiatry. He practiced as a psychiatrist for forty years, with an emphasis on mood disorders and sleep-wake disorders. He has published eight volumes of poetry with his publisher De Bizige Bij. In 2012 a new collection appeared, his first in ten years. He has been awarded two poetry prizes: the Anna Blaman Prize in 1990 and the Rans Erens Prize in 2001. 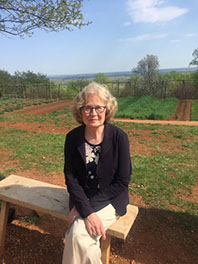 Sarah Hart is Irish and lives in Leiden. She has published a novel and three collections of columns from NRC-Handelsblad and Vrij Nederland. 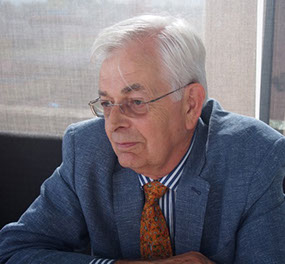 Koenraad Kuiper’s family come from Rotterdam. He has lived much of his life in New Zealand and has published four volumes of poetry as well as having poems appear in Landfall, Islands, Sport, Poetry NZ.