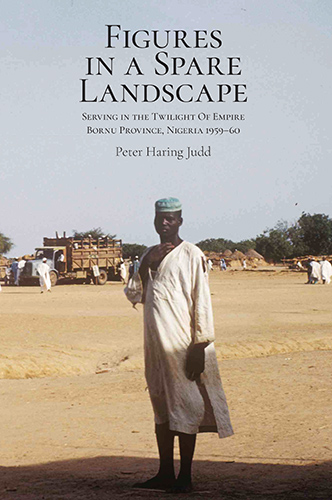 Figures in a Spare Landscape

Serving in the Twilight of Empire,

taken by the author from the time period covered

published by Ma'arri, an imprint of Spuyten Duyvil Publishing

“When news of the kidnappings and murders of the Boko Haram surfaced in the 2010s I found datelines from once familiar towns and villages. I looked through my old notebooks and photo slides. They recall places and peoples now long gone and must be shared in homage to who and what was. Here they are.”

Peter Judd is always a rewarding historian. His latest work, Figures in a Spare Landscape, benefits from the same strengths as his other works: historical modesty and a devotion to the close study of unconventional sources. In this case, Judd’s source is himself. Based on diaries kept while he was teaching in Bornu Province, Nigeria, the book understands its position very clearly.

Judd’s position in Nigeria was that of a white, upper-class, very well-educated American man who was teaching in Nigeria because he was interested and motivated by ideals, but also because he wasn’t sure what to do at “home.”

The moment was 1959-60, one year before Nigerian independence from British rule. In fact, one of Judd’s responsibilities was the organizing and teaching of election supervisors. It would have been easy to say that it was a historic year, the year of independence. It would, therefore, also have been easy for Judd to say that he was participating in something historic. However, one of the many strengths of Figures in a Spare Landscape is Judd’s ability to make the “greatness” of things disappear and give evidence of the way individuals are able, but also quite unable, to see or understand their position and opportunities. 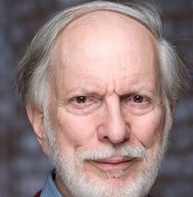 African Independence: the exploding emergence of the new African nations was a mass-market paperback that sold tens of thousands of copies. (New York: Dell Publishing Co, 1962).

More Lasting than Brass: A Thread of Family from Revolutionary New York to Industrial Connecticut (Boston: Northeastern University Press, 2004) received the Grand Prize in genealogy from the Connecticut Society.