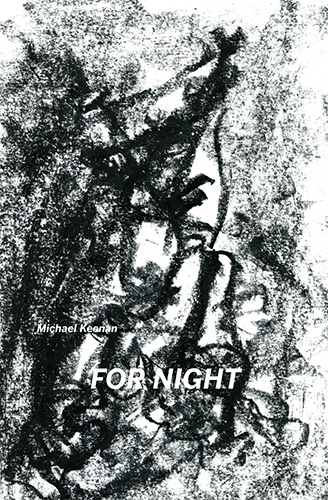 Michael Keenan is a reborn troubadour…I always thought his poems silvery and charitable…I admire their lateral drift, their intimate evocation of names, their evanescence.

In Michael Keenan’s haunted writing, death and Eros melt together in gorgeous swirls of witchlight. Here the Gothic imagination, ably reinvented by Keenan, wanders like a somnambulist through the white spaces of a Mallarméan night-wreck of words.

I am in awe of these poems and their reverberation, contemplation, and conviction; I am in awe of their collapsibility. For Night is a book whose ruminations create space via echo and mirroring—“this / room as each / other / room / forms a needle an anchor a room”—all boundaries porous and broadening.

Like strategically placed paint these poems of Michael Keenan accrue as seeming particulates, that gather then simultaneously fuse into a field of darkened verbal repose.

Something softly ominous lurks in the pages of Michael Keenan’s For Night, a most gorgeous spell of a book—comprised of Eros and music, unidentified birdsong, unraveling hem. Through gesture and wisp, enacted mostly at dusk, the beautiful secrets accrete. 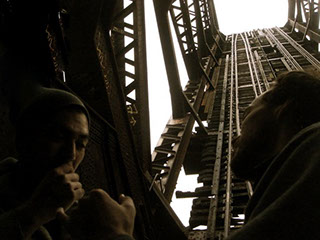 Michael Keenan’s first book of poems, Translations On Waking In An Italian Cemetery, was released by A-Minor Press in 2014. Readings of his poems and links to online publications can be found at michaelkeenanpoetry.com