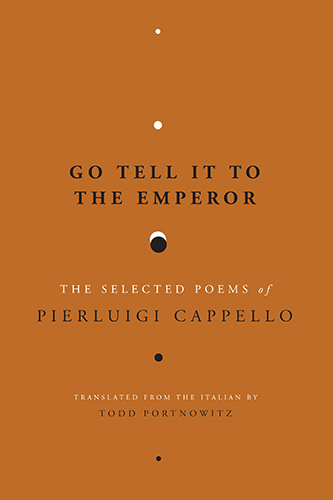 Go Tell It to the Emperor

Translated from the Italian by Todd Portnowitz

From one of Italy’s most widely read and deeply treasured poets: an essential collection of verse, selected from all five of his major works, bringing this unique, mesmerizing voice to an English-speaking audience for the first time.

Whether writing of his snowy home in the Italian alps, of his beloved father, of his extended circle of friends and family, Pierluigi Cappello comes to the reader with his all-embracing spirit, a tenderness and generosity expressed in an everyday language that defies its own simplicity, and a serene clarity that recalls the lyrical work of W. S. Merwin and Wisława Szymborska. Beginning with his masterful Go Tell It to the Emperor, this selection moves backward toward Cappello’s early work and closes with a “coda” of poems from the last years of his short life. The victim of a motorbike accident at age sixteen, which severed his spine and left him paralyzed from the waist down, Cappello is a poet of extraordinary resilience, who gazes out on the world with patience and persistence, summoning it with language, refusing to let it drift.

“Cappello’s poetry seems to exist in an uncharted territory, a realm carved out by the young poet between his room and the world outside, between immobility and freedom . . . Ever conscious of his injuries, of pain, of struggle, Cappello’s poetry is nonetheless a poetry of mending, of healing, of understanding, soothing, of finding joy, even.”

“Because of the unique creative process employed by the poet, the translation of this work would be an extraordinary challenge for any expert translator; and Todd Portnowitz, in his tireless and remarkably refined effort, has brilliantly grasped and then seamlessly transposed into English all the imagery and linguistic complexities contained in the work at hand.” 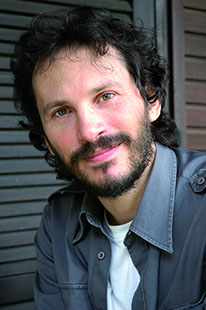 PIERLUIGI CAPPELLO (1967 – 2017) was born in Gemona del Friuli and lived for most of his life in Chiusaforte, in the northern Italian region of Friuli Venezia Giulia. For his poetry, he received a Montale Europa Prize (2004), the Bagutta Opera Prima Prize (2007) and the Viareggio-Rèpaci Prize (2010), and in 2014 was named a beneficiary of the Legge Bachelli, a guarantee of lifetime financial support from the Italian government for artists of merit. His prose works, published by BUR Rizzoli, include Questa libertà (2013) and Dio del mare (2015). In 2018, Rizzoli published his collected poems, Un prato in pendio. 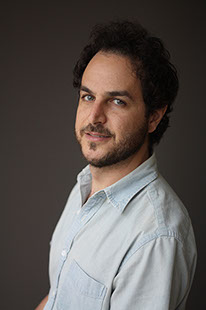 TODD PORTNOWITZ (1986) is the translator of Long Live Latin by Nicola Gardini (Farrar, Straus and Giroux, 2019) and Midnight in Spoleto by Paolo Valesio (Fomite, 2018). For his translations of Pierluigi Cappello, he received the 2015 Raiziss/de Palchi Fellowship from the Academy of American Poets. An Assistant Editor at Alfred A. Knopf, he is the co-founder of the Italian poetry journal Formavera and of the reading series for writer-translators, Us&Them. He lives in Brooklyn, NY.