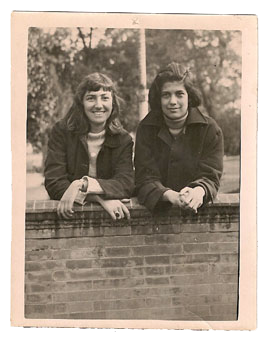 Harriet Sohmers Zwerling (born 1928), is an American writer and artist's model. She lived in Paris in the 1950s as part of the bohemian expatriate scene centered around James Baldwin, with whom she shared space in a literary magazine called New Story. She translated a novel by the Marquis de Sade for Maurice Girodias' Olympia Press and worked for the International Herald Tribune. In 1959 she moved to New York City and was a part of the literary scene there, publishing stories, (one in the anthology The Bold New Women issued by Fawcett), co-editing the Provincetown Review and working as an artist's model for some of New York's most important painters. She had lovers of both sexes, including María Irene Fornés from 1954 to 1957, and then Susan Sontag until 1958. In 1963, she married merchant sailor and bohemian Louis Zwerling and had a son, the musician Milo Z. She taught school in Greenpoint, Brooklyn for 28 years. In 2003 a collection of her writings, Notes of a Nude Model & Other Pieces was published by Spuyten Duyvil. She appears in the documentary Still Doing It about the sex lives of older women as well as the film about the life of Norman Mailer.