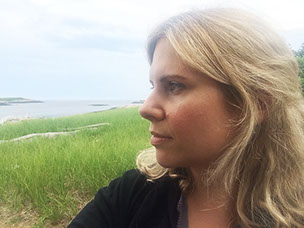 Heather Woods is the author of three books of poetry published by Spuyten Duyvil: Light Bearing (2015), Bundling (2022), and the hybrid collaboration with artist Katie Parry, Still Shall Hear a Calling Bell (2022). Woods’s work appears in the anthology Resist Much, Obey Little: Inaugural Poems to the Resistance (Dispatches Editions, 2017), as well as journals such as: How2, Switchback and Jacket. She recently collaborated on a long-poem: “Zone: Chöd” which features in the forthcoming indie film, Poetry, New York. The Song, Woods’s translation of Guillevic’s long-poem Le Chant (Gallimard, 1990) is forthcoming from Spuyten Duyvil in 2023. Woods was born and raised in the San Francisco Bay Area, where four generations of her matrilineal ancestors settled. While the Bay Area proved a hotbed of fertile poetics and juicy literary lore, Woods sought further verdure. At Kenyon College, Woods took part in the Synoptic Majors Program and, with the help of luminary mentors, designed her own major concentrating on Comparative Poetics: A study of English, French and Chinese poetry, including translation. During this time, she also served as a student associate on the Kenyon Review and co-founded Persimmons literary magazine which continues to flourish today. Returning to her native Bay, Woods received an MFA in Writing from the University of San Francisco, where she immersed in poetics with mentors David Bromige, Norma Cole, Susan Gevirtz, D.A. Powell, Elizabeth Robinson and Aaron Shurin. She continued her studies, receiving an MFA in Poetry/ Teaching from San Francisco State University where she served as a graduate instructor in the Creative Writing Department for many years. After this, Woods gratefully served as a member of Kelsey St Press, in Berkeley. 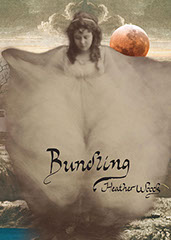 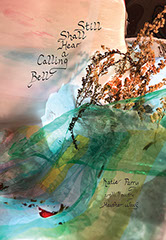 Still Shall Hear a Calling Bell 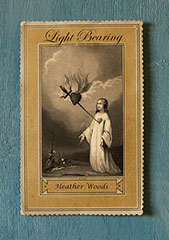 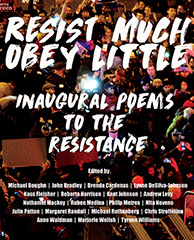