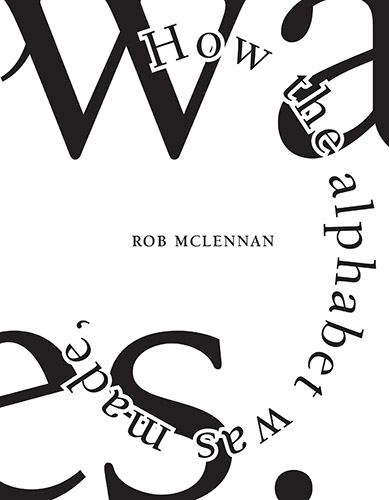 How the alphabet was made,

rob mclennan’s How the alphabet was made, overflows with poetic community. Poets met and mentioned inhabit the pages, wrapping the reader further and further into mclennan’s poetic affinities. These affinities spawn new poems documenting what is read, and what is found in the daily and foreign. The poems journey through a poet’s life with alphabet and breath. Travels to New Orleans commune with celebrations for and with the many poets he has published through his essential above/ground press. Tourism, commerce, history and daily life converse as he asks us to “Consider, pines. Punctuate the difference.”

In How the alphabet was made, rob mclennan revisits Kipling’s narrative in which a girl invents the alphabet in order to better communicate— with her father first, & with the world at large as well. mclennan’s alphabet includes “G-d” & “N/A” & “Ph” & “xxx” — letters which, in minimal combination & in abbreviation, express ideas far larger than their number. “N/A,” in its entirety, says “Is disappeared; irrelevant.” With which letters do we express what has disappeared or what is beyond our connections? In “Initial, middle C,” mclennan writes around & into where we start in language. We learn middle C first & move out from there on the piano. A letter, a starting point of language, can be a place. The starting point of language can be central— not the start or end of a line but inhabiting the center of our thinking. “Speak, low fancy. Using words I know you trust, I erase carelessness.” History, language, place, children— these form a beautiful, complex plait in mclennan’s new book. “This is how we speak. Exist.” 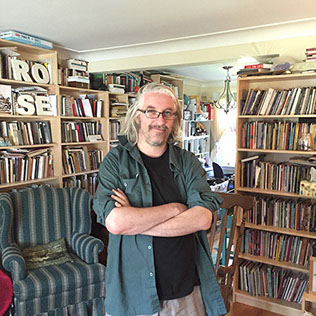 Born in Ottawa, Canada’s glorious capital city, rob mclennan currently lives in Ottawa, where he is home full-time with the two wee girls he shares with Christine McNair. The author of more than thirty trade books of poetry, fiction and non-fiction, he won the John Newlove Poetry Award in 2010, the Council for the Arts in Ottawa Mid-Career Award in 2014, and was longlisted for the CBC Poetry Prize in both 2012 and 2017. In March, 2016, he was inducted into the VERSe Ottawa Hall of Honour. His most recent titles include the poetry collections A perimeter (New Star Books, 2016) and Household items (Salmon Poetry, 2018). An editor and publisher, he runs above/ground press, Chaudiere Books (with Christine McNair), The Garneau Review (ottawater.com/garneaureview), seventeen seconds: a journal of poetry and poetics (ottawater.com/seventeenseconds), Touch the Donkey (touchthedonkey.blogspot.com) and the Ottawa poetry pdf annual ottawater (ottawater.com). He is “Interviews Editor” at Queen Mob’s Teahouse, and an editor/managing editor of many gendered mothers. He spent the 2007-8 academic year in Edmonton as writer-in-residence at the University of Alberta, and regularly posts reviews, essays, interviews and other notices at robmclennan.blogspot.com