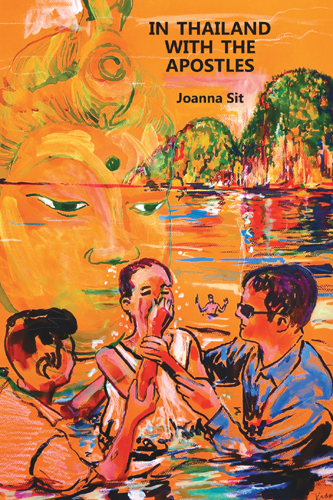 In Thailand with the Apostles

What dreams of grandeur, Joanna Sit asks, make us fly? Here’s what I know now: the pilgrimmage to love & knowing begins In Thailand With the Apostles. Wallace Stevens famously remarked that the great poems of heaven & hell have already been written, but not the great poem of the earth. Yet read these gnarly chronicles: every romping chthonic tercet opens up new terrain. Imagine if On the Road detoured through Canterbury, doubled back toward Big Sur, then crashed somewhere between the Purgatorio & Inferno—that’s In Thailand’s visionary itinerary. Missing nothing, never flinching, the poet survives the rainbow of her will—damned transfigured past betrayers, ex-abusers, two-faced lovers & friends—as the exotic bleeds into the macabre, the erotic into the ascetic, the scrofulous into the pristine. The road of excess may lead to the palace of wisdom, or maybe to Dante’s third rung, but Sit & apostles slouch toward satori hewing their merry way through ennui & ecstasy. These are profoundly holy poems for our fractured postmodern days. What an exuberant, harrowing trek, & what an heroic descent!

author of In Memory of the Fast Break & 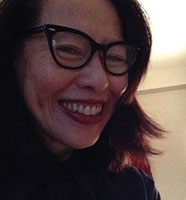 Joanna Sit is the author of My Last Century (Spuyten Duyvil). Her work in progress is Track Works, a poetry collection, and The Reincarnation of Red: An Oral History of Chinese Immigrants and Cantonese Opera in the 1960s.