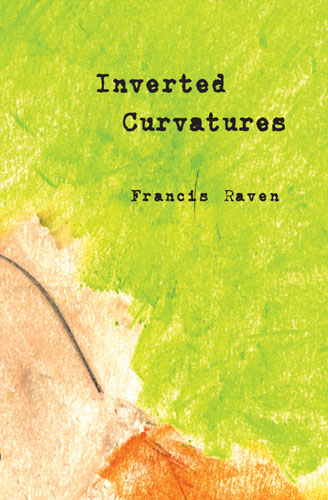 Jayson and Molly live together. Their relationship is on the rocks, due in part to Jayson’s representation of Molly in a novel he wrote and which made a lot of money. She is going to break up with him. But before she can Jayson goes off to write poems in a Thomas Kinkade gallery where he is murdered. Who killed Jayson? Who had motive and access? The premise behind Inverted Curvatures is that detective novels and romance novels work with opposing narrative curvatures. In a detective novel, the body is found and the intentions come last. In a romance the intention to love comes first and the body of that love is the conclusion to that story. Inverted Curvatures brings these two narrative curves together in San Francisco using a poet, a philosophical consultant, and a model. Through these characters (and through a comparison of the artworks of Thomas Kinkade and Mark Tansey), the arc of american society is shown not from a chronological perspective but from an analogical perspective which ultimately questions the nature of representation and identity.

Francis Raven is editorial assistant at the Journal of Aesthetics and Art Criticism. Broken Boulder press recently published two of his chapbooks: Notestalk and Notationing.