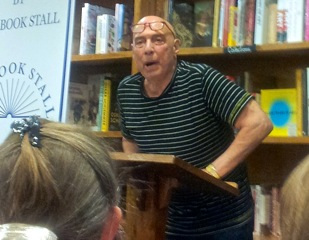 James Reiss grew up in New York City and northern New Jersey. For many years he was Professor of English at Miami University in Ohio, as well as Founding Editor of Miami University Press. He is the author of several collections of poetry, including The Breathers, Riff on Six: New and Selected Poems, and The Novel, as well as the editor of Self-Interviews: James Dickey. His work has appeared in such places as The Atlantic, Esquire, The Hudson Review, The New Yorker, The New York Times, The Paris Review, Poetry, Virginia Quarterly Review, and Slate. His surname rhymes with “peace.”