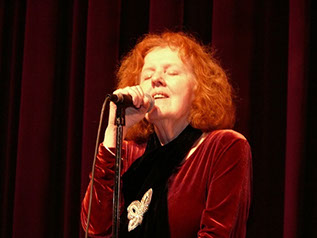 Janet Hamill is the author of eight collections of poetry and short fiction—Real Fire, Knock, Tales from the Eternal Café, Body of Water, Lost Ceilings, Nostalgia of the Infinite, The Temple, and Troublante. She has released two CDs of spoken word and music in collaboration with the bands Moving Star and Lost Ceilings—Flying Nowhere and Genie of the Alphabet.  Her work has been nominated for Pushcart Prizes and the Poetry Society of America’s William Carlos Williams Prize. Tales from the Eternal Café was named one of the “Best Books of 2014” by Publishers Weekly. A strong proponent of the spoken word, she has performed at The Poetry Project at St. Marks Church, The Walt Whitman Cultural Center, the Bowery Poetry Club, the Knitting Factory, CBGB’s Gallery, the Nuyorican Café, Central Park Summer Stage, Lowell Celebrates Kerouac, the Andy Warhol Museum, Seattle’s Bumbershoot Festival, the Liss Ard Festival in County Cork, Ireland, Patti Smith’s Meltdown Festival in London, the Latitude Festival in Southwold, England, and Liverpool’s Heartbeats series.  In collaboration with the bands Moving Star and Lost Ceilings (formerly named Moving Star) she has released two CD’s of spoken word and music, Flying Nowhere (Yes No Maybe Records) and Genie of the Alphabet (Not Records). A documentary about the creative process of Janet Hamill and Lost Ceilings, Bearing Witness, is viewable on You Tube. Hamill has been a writer-in-residence at Naropa University, a teaching assistant at New England College. She has also lectured and taught workshops at the Poetry Project, the College of Poetry, the Seligmann Center, Cabrillo College,  London and Liverpool. After residing in NYC for three decades, Hamill presently lives in New York’s Hudson Valley, where she is an artistic advisor at the Seligmann Center for the Arts and Director of the Center’s literary program MEGAPHONE. 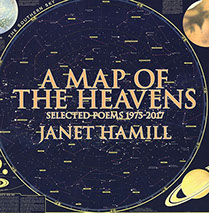 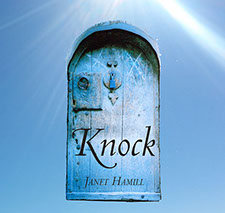