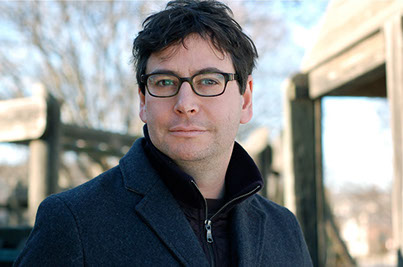 Born in New York and raised in northern New Jersey, poet Joshua Corey earned a BA at Vassar College, an MA and MFA at the University of Montana, and a PhD at Cornell University. Influenced by Charles Olson, Wallace Stevens, and Robert Duncan, Corey pushes formal structure toward fracture, engaging themes of failure, desire, and the pastoral. In a review of Severance Songs for Poetry Northwest, poet Zach Savich observed that Corey’s poems “are sonnet-like less for their containers than for the bright shapes they contain." Corey is the author of several poetry collections, including The Barons (2014); Dorset Prize–winner Severance Songs (2011); Fourier Series (2005), which won a Fitzpatrick-O’Dinn Award; Selah (2003); and the novel Beautiful Soul: An American Elegy (2014). With G.C. Waldrep, Corey edited the anthology The Arcadia Project: North American Postmodern Pastoral (2012). He is also author of Partisan of Things (Kenning Editions, 2016), a translation of the prose poems of Francis Ponge. Corey’s honors include a Wallace Stegner Fellowship at Stanford University and a term as poet-in-residence at the University of Illinois. The Gustav E. Beerly Jr. Endowed Assistant Professor at Lake Forest College from 2010 to 2013, Corey has also served as chair of the school’s Print and Digital Publishing Program. He lives with his family in Evanston, Illinois.

How Long Is Now