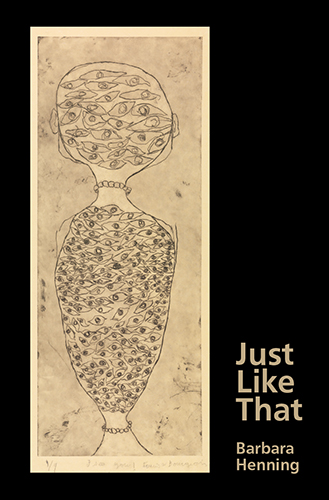 Henning's fictional memoir takes place in New York City with flash backs to Detroit in the 70s. The characters are developed through daily short vignettes. The narrator, Sara, a teacher, poet and yoga practitioner, falls in love with her acupuncturist and finds herself helping him raise a small child while living together in her tiny studio in the East Village. Both she and Jabari grew up in working class families, married and had children. Sara lost her mother when she was 11 years old, and her father was emotionally absent. Jabari grew up with both parents, but his mother was physically abusive, and unlike Sara, he was African American growing up in a racist society. With shared interests in yoga, alternative health and politics, as well as an erotic attraction for each other, they establish a loving connection, but past experiences begin to cause misperceptions and misunderstandings. Sara tries to understand his extreme mood changes and her emotional response. In an effort to see clearly and to emerge from a state of anguish, she begins to write a novel about the relationship. At first, the events in their lives determine the direction of the novel, but after a while, the act of writing becomes a spiritual practice helping her to move forward with her own life.

In Just Like That, Barbara Henning’s compelling voice slips into gorgeous interiorities where we meet the oracular. She writes, “Sometimes I wondered whether I was writing the relationship or the relationship was writing the novel.” She then layers translucent maps on top of one another – the map of New York City and the map of the body’s systems – and what emerges is a cartography composed of radiant details able to project the signals of love and recovery.

Barbara Henning’s latest novel, Just Like That, chronicles the ways in which traumatic experiences prescribe the patterns of one’s life. The push and pull of creative and destructive impulses propel Sara as she navigates the layered stories of her past and present, attempting to redraft her future with the man she loves. This memoiristic fiction investigates mercurial, meandering desire. Unblinklingly it stares into the complicated chambers of the human heart.

In Just Like That, Barbara Henning creates a maze of longing—the lost object of desire, the pressure of a hand in the dark, the ghosts of everyone she has ever met roaming through the snowdrifts of a dream-like city. At the heart of the book are the questions we all ask: how close can you get to another person? What do you really know about anyone else? Can you ever wash out all the stains? Just Like That opens a door into a future which is already here, and where the elusive questions are all but unanswerable. Henning never stops trying—and this remarkable book is the ultimate account of what happens along the way.

In this intensely vulnerable, new work, Barbara Henning stirs us into a relationship under a microscope with all of its edges and particles, all of its atoms and velvet, all of its miscommunication and love.

The title of this book by a writer also well known poet is a clever misnomer: nothing happens "Just Like That" because love and living are difficult. Identity is difficult.

“I just finished reading Just Like That. It really floored me. Amazing piece of work. So rich, so plentiful in terms of its rhythms, emotions, images, transitions, its subtlety. A very giving novel, a lot for the reader, this reader to think on.” 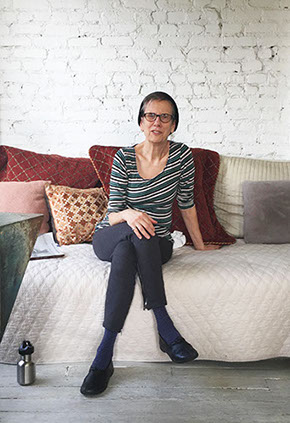 Born in Detroit in 1948, Barbara Henning moved to New York City with her two children in 1983. After a few interim years in Tucson and Mysore, India, she returned to New York, presently living in Brooklyn. She is a poet who also writes fiction—three novels, Black Lace (Spuyten Duyvil), You Me and the Insects (SD), and Thirty Miles to Rosebud (BlazeVox); seven full length collections of poetry, A Day Like Today (Negative Capability), A Swift Passage (Quale), Cities & Memory (Chax), My Autobiography (United Artists), Detective Sentences (SD), Love Makes Thinking Dark (UA) and Smoking in the Twilight Bar (UA); and numerous chapbooks. She is also the editor of The Selected Prose of Bobbie Louise Hawkins (BV) and Looking Up Harryette Mullen (Belladonna). She teaches at Long Island University in Brooklyn and for writers.com.  barbarahenning.com