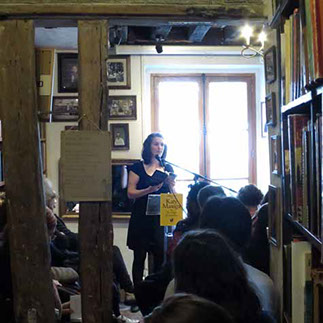 Katy Masuga is the author of The Origin of Vermilion (Spuyten Duvyil, 2016), Henry Miller and How He Got That Way (Edinburgh UP, 2011), The Secret Violence of Henry Miller (Boydell and Brewer, 2011) and numerous essays and short stories that often blur lines between fiction and nonfiction. She received both a doctorate in comparative literature and a joint doctorate in theory and criticism from the University of Washington, Seattle. She lives in France with her children.

The Blue of Night