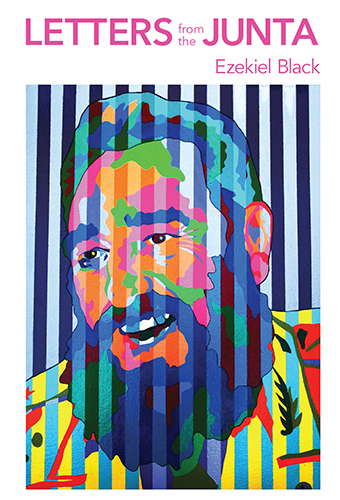 Letters from the Junta

“The missives in Ezekiel Black’s Letters from the Junta arrive from ‘a world called elsewhere’ that nevertheless looks eerily familiar: dystopian, pre-apocalyptic. The body politic is sick, and the mad military leader narrating these poems is its demented head of state. Not a Maximus but a ‘co-lossus’ of sorts, his letters are feverish and fraught and sometimes elegant. We cannot look away as he steps forward to ‘sing for / crisis once again.’”

“Ezekiel Black is a curator/surgeon/collagist of the metaphysics of language. Letters from the Junta often takes up the verbage of nationhood and its incumbent myths, but rather than simply admonishing or affirming, Black unveils the multiverse of syntaxes alive in such utterances. What is born on each page is a stunning bricolage of speech’s unconsidered quarks. Prepare to be dazzled.”

“Ezekiel Black’s Letters from the Junta explores the intricacies of suffering and hope, with a sparse and concise language that elucidates politics, art, war, and the intersections of our humanity.” 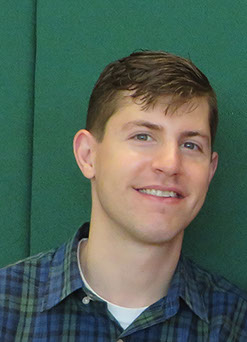 Ezekiel Black is a Senior Lecturer of English at The University of North Georgia and edits the audio journal for experimental poetry Pismire (pismirepoetry.org). He attended the University of Massachusetts Amherst, where he received an mfa in Creative Writing. His poetry and reviews have appeared in Verse, Sonora Review, Tarpaulin Sky, Drunken Boat, CutBank, Columbia: A Journal of Literature and Art, boaat Press, inter|rupture, Denver Quarterly, Fjords, and elsewhere. He lives in Greater Atlanta with his wife and daughter.

Stanley Bermudez is a visual artist currently living and working in Athens, Georgia. Bermudez was born in New Orleans but was raised in Maracaibo, Venezuela. In 1990, he received a bfa from Sam Huston State University, Texas, and in 2000, he received an mfa from Radford University, Virginia. Since 1990, Bermudez has been concentrating on painting. Fidel Castro’s portrait is part of the Continuity series, a set of Pop-art/Op-art portraits of members of his family, people in American and Latin American history, and people in American and Venezuelan popular culture. Bermudez works with acrylics on canvas, using a hard edge approach that does not blend any colors. Bermudez’s use of vibrant colors comes from his childhood in Venezuela.