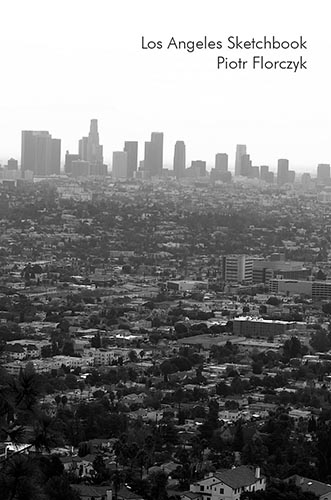 Imagine Alexis de Tocqueville, not as the nineteenth-century Frenchman who wrote Democracy in America, but as a twenty-first century poet and competitive swimmer from Poland who pens delightful feuilletons. I still recall indelible truths from de Tocqueville’s Democracy read decades ago, in the same way that I will hold dear equally rhapsodic and sardonic lines from Piotr Florczyk’s Los Angeles Sketchbook. Critic, scholar, translator, poet, Florczyk animates our most vulnerable and absurd moments as a culture, and he does it with playful intelligence and great good humor.

Sandra Alcosser, author of Except by Nature and A Fish to Feed All Hunger

Piotr Florczyk’s Los Angeles Sketchbook is a revelation: ruminative, bold, personal, vision-changing. The great city blows out of these pages on winds of paradox that only a poet can foment, leaving us startled and grateful, not the least because a gifted writer has graced us with new sight.

Andrew Winer, author of The Marriage Artist and The Color Midnight Made 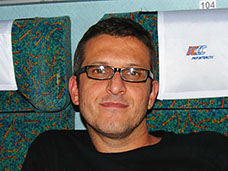 Piotr Florczyk is a poet, essayist, and translator of six volumes of Polish poetry, including The Day He’s Gone: Poems 1990-2013 by Paweł Marcinkiewicz (Spuyten Duyvil, 2014) and The World Shared: Poems by Dariusz Sośnicki (co-translated with Boris Dralyuk; BOA Editions, 2014). He lives in Santa Monica.