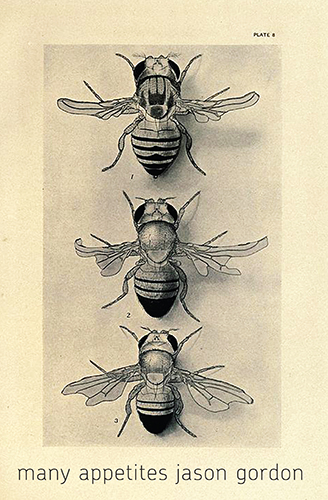 Jason Gordon’s first book gives us back a world richer and stranger than the one we had known.  Here we find a gallery of ghosts and angels, but they breathe our air, they live among us, sharing in the sabbath ritual of day-old microwave pizza. In all their mystery, sadness, humor, and tenderness, these are poems that seek to reorient perception – purposefully.  A surrealist better have clear vision, and Gordon does.  In fact, he sees right through us.

Jason Gordon’s collection aptly starts with a stark reality: “No one can see the future.” You know you’re in for a ride with that line—and Gordon doesn’t disappoint. The conversational language is wonderfully juxtaposed by luscious and strange imagery. Gordon surprises us in ways we didn’t even know we wanted.

The human imagination has a new and much bigger engine, and its name is Jason Gordon. Totally at home with dream while offering brilliantly externalized stagecraft, this poet’s Many Appetites closes with “the tv is watching me/sleep on the couch,” an image that aptly illustrates what kind of sensibility drives this supreme collection. Gordon’s expertly structured set of windows often starts with the basics of sky, moon, cloud, angels, and weather, then builds upon that with thrilling, relentless changes in the details of our common domestic scenery. Through constant tension the speaker both charms and unsettles us as we see how ordinary life defies limits. Miracles happen in succinct well-measured lyrics set in present tense and also through more elaborate, deeply felt narrative. Enviably great, this book deserves the highest spot on the shelf. 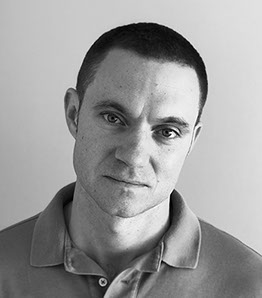 Jason Gordon earned an MFA from the University of Maryland as well as a scholarship from the Bread Loaf Writers' Conference. He has authored two chapbooks, I Stole a Briefcase (Pudding House Publications) and Attack of the Nihilist (Ravenna Press).  He lives in Catonsville, Maryland, teaching English and creative writing at a middle school for children with dyslexia.