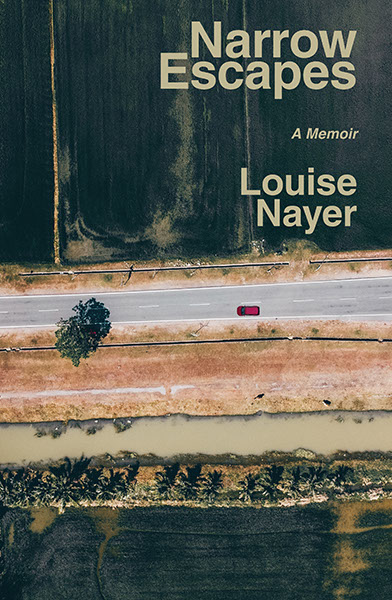 Haunted by a terrible accident and adrift in love, Louise Nayer takes us on a captivating journey filled with danger and romance, through Morocco, New York City and finally on a solo journey to California, thousands of miles from her home. Set in the early 70’s at a time of cataclysmic change in America, Narrow Escapes will resonate with all who need to release themselves from a difficult past as they search for joy and home.

Narrow Escapes is a riveting, beautifully told story of Nayer's journey across continents, but also through layers of grief from a childhood trauma, as she learns to find her way home. I will not forget this book.

Katherine Seligman, journalist and winner of the Pen/Bellwether Prize for socially engaged fiction for the novel At The Edge of the Haight

As a poet and writer Louise Nayer has established herself as a singular voice of her generation.

Nayer takes us on multiple journeys, across Morocco and across America as she leaves the East and everything she knows. She also must take a more difficult journey: to deal with the effects of a childhood trauma. Suspenseful, fast-paced and an important story of a woman finding her inner strength.

Louise Nayer plumbs the depth of her extraordinary life—traveling the world, facing love, death and destruction—to remind us of a simple truth: the intrepid heart is and will remain our greatest ally at a time that threatens to make calamity ordinary. Nayer shines forth with the light of her luminous and poetic past to bring us urgently needed perspective.

Roberto Lovato, Journalist and author of the memoir Unforgetting: A Memoir of Family, Gangs and Revolution in the Americas

A haunting memoir tracing the path to artistic maturity, Louise Nayer walks readers through a journey fraught with danger and romance. Here, the act of writing poetry transforms grief into something transcendent. Suspenseful and beautifully written.

Lee Kravetz, therapist and author of many books including the novel The Last Confessions of Sylvia Plath

was an Oprah Great Read

and memoir winner of The Wisconsin Library Association Award

“Your parents were extraordinary people. It seems a miracle that they could have a reasonably normal and content life after that tragedy."

A deeply moving, beautifully written, and transforming story of how one family lived through unbearable tragedy and separation while finding the love and courage to journey back to life. 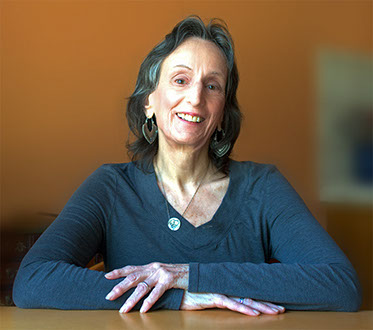 Louise Nayer is a long-time educator and author of six books.  Burned: A Memoir was an Oprah Great Read and won the Wisconsin Library Association Award. She received six California Arts Council grants as a poet and has taught for years in community colleges, senior centers and nursing homes. She now teaches at OLLI UC Berkeley and at the Writer’s Grotto where she is a member.  She has given readings of her work across the country at bookstores, colleges, and universities as well as on over 60 radio stations including NPR. She is the mother of two grown daughters and a step-daughter and lives with her husband and dog in Glen Park, San Francisco.