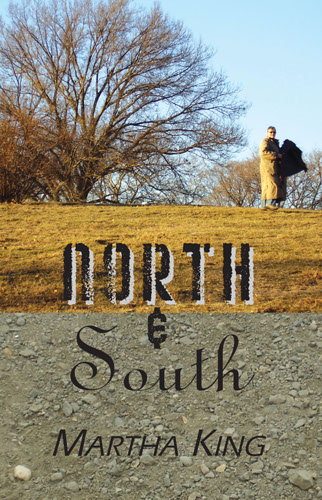 Together these stories make a sharp intelligent history. I like especially how King can nail down class in the USA--from the South to the New York art world. Her takes are so focused and telling, and her tempo is like friends talking and smoking across a kitchen table--changes, pauses, sighs, quick laughter.

King attended the fabled Black Mountain College in the mid-1950s: her short stories suggest the spare hardness and amused diffidence of Black Mountain poet Robert Creeley; wrenching plot twists and the instability of narrative itself—King often interrupts to discard or evaluate the proceedings—root her best work in the postmodern contingency forged by Black Mountain teacher John Cage. In "Conversation in Connecticut," the entire arc of a failed novelist's life gets condensed into a single revelation. "Dog Box" moves its focus violently inward from a gentrifying Brooklyn neighborhood to a box on an art dealer's mantle. The collection's second half has one foot in the courtly landscape of the Old South (where King grew up), the other itching to escape to an "arts underworld." The narrators, often unnamed and female, reveal King's keen sensitivity to the caste system separating men and women, à la Tillie Olsen. King is more interested in demolishing notions of character in fiction than in character itself (although she's good at repulsive guys, young and old). These stories form the pinned edges of a very broad canvas.

Written with lucidity, vigor, and charm…. Familiar denizens of Manhattan’s Lower East Side…come and go in King’s world. They form the vibrating sympathetic strings out of which King creates, with a few deft touches, the counterpoints and episodes of creative life in New York.

Provocative and accomplished.  I was at first engaged by her reflections about narration and memory and then by how all the writing comes alive in its different guises…. The emotional and un-ironic qualities can be measured by the distancing of interruption, as well as by memory and genealogy, also subject to interruptions.

King is a minimalist with a difference. Where much minimalist prose is dry and detached, King’s is richly detailed.  Reading Little Tales is like spending an hour with a cryptic new acquaintance in the attic of her family home. You’re left with more questions than answers, and ready to visit again.

Selected works are in the following anthologies: A Decade and Then Some/Intrepid Anthology, Allen Deloach, editor (Intrepid Press); Woman and Nature, Susan Griffin, editor (Harper & Row); Sparks of Fire: Blake in a New Age, James Bogan and Fred Gross, editors (North Atlantic Books); Pegansen fran Prarien, Peter Trachtenberg, editor (Hammarstrom & Aberg); Chain, Jena Osman and Juliana Spahr, editors (University of Buffalo); The Taking of Hands, C. W. Truesdale, editor (New Rivers Press).    Mrs. King was the editor of the poetry zine Giants Play Well in the Drizzle which floated free to readers from 1983 to 1992, and the much shorter lived Northern Lights Poetry Chaplets Series (1993-95). She is a professional science writer and is currently director of publications for the National Multiple Sclerosis Society in the U.S. where she edited the prize-winning quarterly magazine, InsideMS.    Mrs. King is married to the painter Basil King, whose art work has appeared in a number of her books, including Weather and Islamic Miniature.