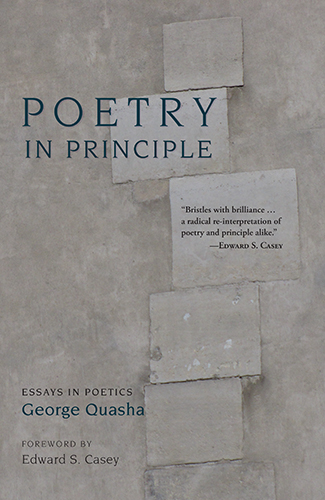 a radical re-interpretation of

In this highly original text—itself a unique event of original thinking—George Quasha opens not just with paradox but with what appears to be an outright contradiction: poetry/in principle. A contradiction indeed … unless it turns out that poetry is something more than a discrete happening, and if principle itself proves to be other than unmitigatedly general.

For five decades, Quasha has fearlessly and lucidly in poetry, essays, anthologies and interviews built a poetics of radical utterance, a poetry of the word unleashed from melody, set free from number—into pure saying.

What I enjoy and value in George Quasha’s Poetry in Principle is its dialectic of abstract philosophical concepts on thinking in dialogue with the physics of everyday life. Its language is “a feedback medium of released self-perception,” an improvisational intelligence inked in principles that stand against today’s gift-wrapped culture of make America great again preservatives manufacturing lies about mortality and the sustainability of a beautiful and finite planet Earth. Quasha’s writing takes its planetary time to heart. The rhetorical resonance of his prose reveals the complexities of why poetry matters. What are the reasons people search for exits in thought and word, why are exits needed? Why take leave of what has taken so much effort and time to arrive, and to create? Is human consciousness an inevitable contradiction of its existence? Quasha’s principles are tuned to the Anthropocene. Listen carefully, and jump in. 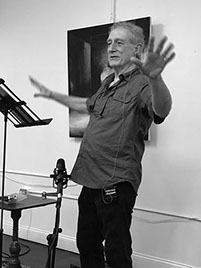 George Quasha is a poet, artist, writer, and musician. His books include, in poetry, four books of Preverbs: Verbal Paradise (Zasterle: 2011), The Daimon of the Moment (Talisman House: 2015), Things Done for Themselves (Marsh Hawk: 2015), Glossodelia Attract (Station Hill: 2015); Ainu Dreams (Station Hill: 1999, with Chie Hasegawa [Hammons]), and Somapoetics (Sumac: 1973). His six books on art include An Art of Limina: Gary Hill’s Works and Writings (Ediciones Polígrafa: 2009, with Charles Stein; foreword by Lynne Cooke). He has co-edited three anthologies including America a Prophecy: A New Reading of American Poetry from Pre-­Columbian Times to the Present (with Jerome Rothenberg; Random House: 1973; Station Hill: 2011). His visual art, represented in Axial Stones: An Art of Precarious Balance, foreword Carter Ratcliff (North Atlantic Books: 2006), has been exhibited in galleries and museums, including the Baumgartner Gallery (New York), Slought Foundation (Philadelphia), the Samuel Dorsky Museum of Art (SUNY New Paltz), and the Snite Museum of Art (Notre Dame). His work in video art, awarded a Guggenheim Fellowship (2006), includes art is/poetry is/music is (Speaking Portraits), for which he has recorded over a thousand artists, poets, and musicians in eleven countries (www.art-is-international.org). Recipient of an NEA Fellowship (poetry), he is co-publisher with Susan Quasha at Station Hill Press in Barrytown, New York. See also quasha.com and vimeo.com. 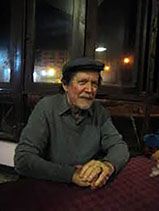 Edward S. Casey, best known for work in phenomenology, philosophical psychology, and the philosophy of space and place, is Distinguished Professor of Philosophy at Stony Brook University (SUNY). His principal works are The World on Edge (Indiana, 2017), The World at a Glance (Indiana, 2007), Earth-Mapping: Artists Reshaping Landscape (Minnesota, 2005), Representing Place: Landscape Painting and Maps (Minnesota, 2002), The Fate of Place: A Philosophical History (California, 1996), Getting Back into Place: Toward a Renewed Understanding of the Place-World (Indiana, 1993; 2nd edition, 2009), Remembering: A Phenomenological Study (Indiana, 1987; 2nd edition, 2000), Imagining: A Phenomenological Study (Indiana, 2000, 2nd edition), and Spirit and Soul: Essays in Philosophical Psychology (Spring Publications, 1991). See www.escasey.com.