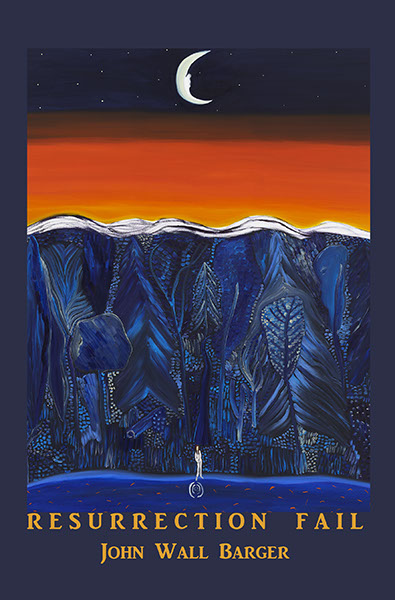 "Demonstrating the author’s sharp eye, tender heart, compassionate spirit, and expert distillations of form, Resurrection Fail represents John Wall Barger at a new peak of gestural intimacy. His poems often begin with vignette and anecdote before opening into wider explorations of his enthusiasms and sorrows. Barger’s facility with subtle tropes in exploring the will to resurrect ourselves, even in the face of failure, can lead to surprising revelations of a human mosaic, vividly alive with metaphor, succinct language, and stunning feeling."

Although we may indeed have fire and water and love, what, in the end, is the meaning of our lives in the face of the moon? As Barger’s book moves into its second half, it executes a fascinating inversion, turning backwards, driving the speaker into his own past, and into the resonant and luminous moments of which he is made. Who has he loved? How did he love them? What regrets can he carry and which ones must he lay aside? As these moments are explored anew, lived through again in shame and pain and ecstasy, the poet seems to be asking himself where he lies within those memories.

As its title suggests, Resurrection Fail is a worthy paradox, blending John Wall Barger's enviable economy of style with a luxury of spirit that glimmers beneath both his speaker's fetching enthusiasms and deep sorrows. These poems capture how the world's beauty and brutality are bound together; that we fail and—if we're lucky—find the will to resurrect ourselves over and over again. But for all this poet's clear seriousness of purpose, there's a vivid, often witty life force here that reminds me that I'm glad to be alive. I really loved getting to know this book and I bet you will, too.

John Wall Barger’s poems win our respect with their hard truths and our love with their compassionate telling of them. With a breathtaking ferocity of feeling, his lyric narratives amble out of memory into surprise—surprise at the horrors we are capable of and at our resilience in enduring them. Following Kierkegaard’s belief that “Life can only be understood backwards,” Barger chases the receding years, the past revealed in a series of wrenching shocks: “Like the anatomy student I once met / who slid the sheet / off a corpse / and there was / his childhood crush.” This is essential poetry, a singular and vital record of the pain and joy that attend on living.

John Wall Barger’s poems begin easily, in comfort and quotidian intimacy, and end just as easily in surprise and wonder and amazement. In between they take us through all the registers of human imagination. They intermingle the domestic with the cosmic, the local with the global, the ephemeral with the eternal. They are testaments to both the wild metamorphic power of poetic language and its moral capability, clarity, and spiritual strength.

In this book, moths crowd a wall, ‘wings stamped / with antiquated signs,’ transform into a living mosaic. John Wall Barger’s voice alights on kinship, anecdote-rich cities, and love’s intricate geometries. I leaned close to the page, to his voice—I felt like I was part of the conversation. This intimacy is testament to Barger’s deft control of language. His voice is also a mosaic, alive with human music. 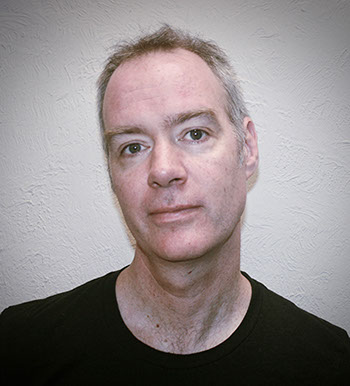 John Wall Barger is the author of four books of poetry: Pain-proof Men (2009); Hummingbird (2012), finalist for the Raymond Souster Award; The Book of Festus (2015), finalist for the J.M. Abraham Award; and The Mean Game (2019), finalist for The Phillip H. McMath Book Award. He teaches in the BFA Program for Creative Writing at The University of the Arts, in Philadelphia.