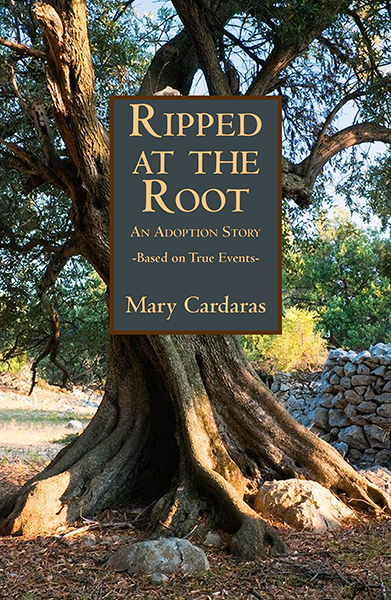 Ripped at the Root

Based on True Events

From Mary Cardaras comes the captivating story of a true adoption survivor: Dena was taken from her Greek biological parents in 1958, but she found her way back to the village after many years. Her transatlantic adoption strikes home how intercountry adoption has affected all parties involved: the first family, the extended new family, the struggling young couple, their children, the village community back in Greece. Told with deep empathy and real couleur locale, Mary Cardaras, a searching Greek adoptee herself, tells an intimate personal story with a recognizable global dimension. The result has us confirm that truth is, after all, more gripping than fiction.

Koraes Chair of Modern Greek and

What a beautiful but tragic story of love and resilience! Cardaras’s telling of Dena’s story is exquisitely balanced between the challenges that Dena lives versus the enduring love between her Greek parents, who were never supported and had little to hope for. This novella brought tears to my eyes because it resonated within and is sadly the experience of too many of us. It is so true that as adopted people, we live a lifetime of pain in never knowing who we fully are, until we find our origins, our beginnings, the answers to our questions. I highly recommend this book for any adoptee, who has suffered in their adoption, who searches for their origins and dares to hope. For others, Cardaras has done a fantastic job bringing this story together to highlight the true human tragedy resulting from the sale and trafficking of children in adoption.

Author of The Colour of Time: A Longitudinal Exploration of Intercountry Adoption in Australia

With searing detail and lean, crisp prose, in "Ripped at the Root" Mary Cardaras tells the story of Dena Polites, a woman born to a young unwed Greek couple who was adopted by married Greek Americans in Ohio. Polites's tale serves as a focal point for the some 4,000 Greek infants and children who, in the years after World War II, were torn from their families, country, culture and dispatched to live with distant strangers in the US and Western Europe. In the midst of the Cold War, these children—many the sons and daughters of Greek leftists—became pawns in the global battle for democracy. In this powerful, un-put-downable narrative, Cardaras gives voice not only to Greek adoptees, but to international adoptees everywhere as they navigate returns to their birthplaces; their birth relatives; and reclaim their stolen origin stories.

Drawing from the personal testimonies of a Greek American adoptee and her extended family, Mary Cardaras brings to life the personal and social dramas surrounding the quest for one’s biological parents. This is an engrossing narrative piercing family secrets and piecing together fragments of this puzzle-like adoption story. Cardaras plots a fascinating microhistory which connects personal experience with broader processes of deception, betrayal, illegality, but also steadfast devotion and commitment. From this angle, this is not merely an adoption story, but a story that does not shy away from dissecting difficult truths about the social realities of immigrant and American ethnic life.

In rural Greece, despite or perhaps of the huge value of the family as a social unit, a cultural hostility toward childbirth out of wedlock generated unusually large numbers of children put up for adoption. The regular occurrence of wars from the early 19th to the mid-20th centuries made things even worse. The adoption processes led to happy outcomes but also unhappy ones, especially when it was forced or imposed against the mother’s wishes. But even in those cases, as Mary Cardaras demonstrates in this dramatic and emotionally crafted narrative, the drive to find one’s roots along with human perseverance and goodness can ultimately prevail.

Heartbreaking yet hopeful. Mary Cardaras brings a tragic injustice to light that deserves the world’s attention and action so that thousands of Greek-born adoptees from the late 1940’s to the 1960’s, who were also ripped at the root, may once again blossom.

What a wonderful and riveting story! Mary Cardaras brings to life the story of Dena Polites, born in Greece and adopted to a family in Ohio, whose life trajectory leads to searching for and reclaiming her own cultural identity. Cardaras, a Greek intercountry adoptee herself, captures the complex pathos and heartbreak of intercountry adoption and the history of what happened to thousands of Greek children and the parents who relinquished them to adoption during the Cold War. It is a tale, based in real-life, that captures every adoptees’ yearning to know who you are and how you came to lead a second and fundamentally different life. A great read. Brava! 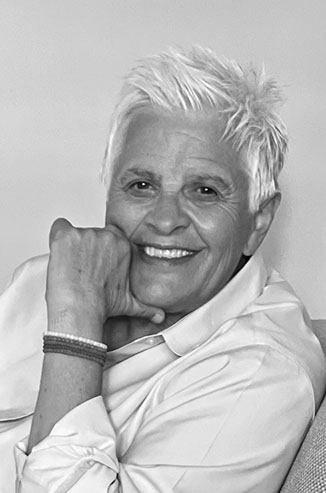 Mary Cardaras holds a PhD in Public and International Affairs from Northeastern University and a Master of Science degree in Journalism from Northwestern University. She is Associate Professor and Chair of Communication at California State University, East Bay, where she teaches journalism and political communication.

She has been a news producer, journalist, and documentary filmmaker for over 40 years. Currently, she produces documentary shorts about the effects of the environment on public health. She is also creating the Demos Center Project, a program for university students who are interested in studying the intersectionality of democracy, public policy, a free press, rhetoric and leadership, which will be based in Athens, Greece.

Cardaras is herself a Greek-born adoptee of the 1950’s. She was placed in an Athens orphanage nine days after her birth and later was in two foster homes before being taken by her maternal adoptive grandparents by ship to New York and then to her adoptive parents in the Midwest. She learned about the story of Dena Poulias through Dena’s adoptive cousin during Greek language school, based at a church in Oakland, California. She has become an activist for adoptees around the world in their fight for ethical adoption practices, open records, original birth certificates, and citizenship of origin for those who want it.

Cardaras grew up in a large Greek community in Gary, Indiana and later traversed the country producing news in seven major markets. Today she lives in Sonoma, California.