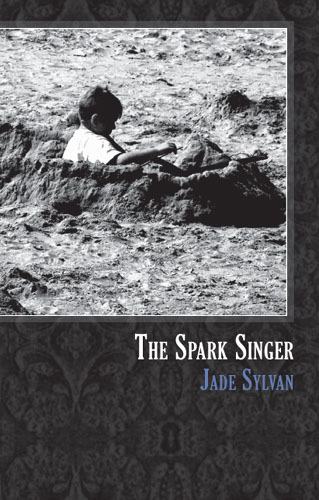 Jade Sylvan’s poems are ornaments to holidays that don’t exist yet. Something with candles. Our first instinct is to treat them with extreme care, but not out of fragility, just the understanding that the sacred has occurred.  Magic. Too much of the world fit into this small ritual.

Jade Sylvan’s poems exhibit the daring of the coquette. If there is evidence of calculated and flagrant provocation, the fl agrancy softens under the solvency of an earnest and wistful longing. That longing is tempered in the kiln of molten experience; that kiln is fi red by a hunger that drives this poet to seek knowledge, deep andwide-ranging. If her eloquent and meticulous craft sometimes surpasses the bounds of its prescribed forms, it is only because her characters cannot resist undoing the stays of their corsets. The flood of passion that generated these poems saturates every sandbag piled up to hem it in.

Jade Sylvan transcribes our strangers and familiar scripts to the page without the fear of romanticizing the bottle in the artist’s hand, the kid slumming in expensive shoes, the husk of smoke rubbed voices. She then casts them alongside literary and mythological icons, not flinching as she offers the notion that we often do not learn from history. In a time when many writers are attempting to bow down to the reader or listener, Jade’s work is unapologetic without being violent or cruel. Making comparisons is cheap but I thought of Anne Sexton when reading these poems... usually right before Sylvan’s work jarred me back to its gaze. At once playful and icy, this book should be in your hands—open.

Jade Sylvan was born in the Midwest and now lives in the North East, though she acknowledges there are many other worthwhile regions in America. She considers herself a writer with some propensity for singing on key and sketching humanoid fi gures that look like they could be from this planet or one akin to it in environmental makeup.  She is a frequent traveller and occasional vegetarian. Among the skills she has picked up with bewildering ease and failed to do anything remarkable with are: guitar, knitting, swing dancing, geometry, Japanese, cartooning, yoga, and that game at the midway where you shoot water into the clown’s mouth.