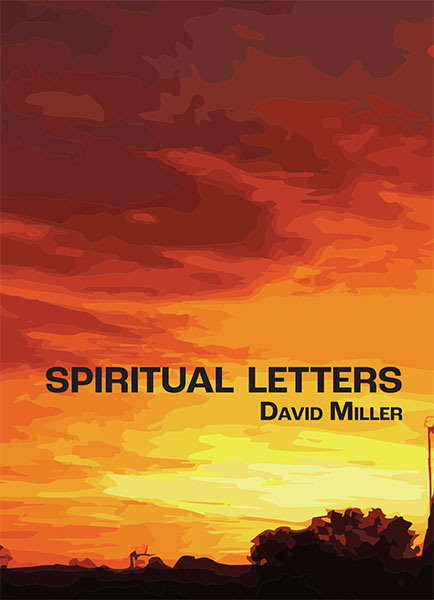 The word “spiritual” is, in this volume, ripped away from the New Age and returned to its sources in Kabbalah and early Christian (gnostic) writings. But it carries with it the world as we have it now. A heap of horrors, remnants, a sense of the feminine under assault, and the drive to love. Therefore the dimensions are multiple and unstable. To be human is to be a spiritual entity more aligned with nature than with culture, and therefore to rebel. I am happy to have and to hold this book.

What the text of these Letters suggests, in part, is a meditation on the (im)possibility of a rationally conceived aesthetics of writing which would represent us in our moments of transcendence, in our acts of remembrance, in our experiences of poverty and isolation....

For me, Miller’s strength as a poet is in his decisiveness in poetic form. He has sharpened parataxis, a tool blunted by its long connection to one particular register in poetry, and he has achieved what sounds like a paradox; poems clearly relating to the modernist current, yet concerned with construction, understanding, and meaning.

[The Letters] are episodic, full of what might be considered as non-sequiturs, moving from one piece of subject matter to another without explanation, and appearing to “speak” with many voices, not only the author’s, and are interspersed with a number of “quotations”, the source of some of which is given in the endnotes. The multi-vocal aspect of the letters suggests Mikhail Bahktin’s notion of polyphony.  (…) Could we say that the Letters as a whole are called “spiritual” because they express a preoccupation with a search for meaning—making sense of human existence—both in and beyond the here and now, i.e. in terms of transcendence. Certainly the sad, tragic, violent, transitory features of human existence are very thoroughly presented, the brevity of the episodes or incidents making them that much more poignant.

Doreen Maitre, ‘Creative Consciousness: The Metaphysics of Lived Experience and Its Relationship to Literature’ (Greenwich Exchange)

The textual and textural weave of Spiritual Letters is quite unlike anything else published in English poetry this century. Forget concepts: it really needs reading. The poems are limestone, full of fossil patterns seemingly randomly distributed, but linked by an evolutionary poetic. 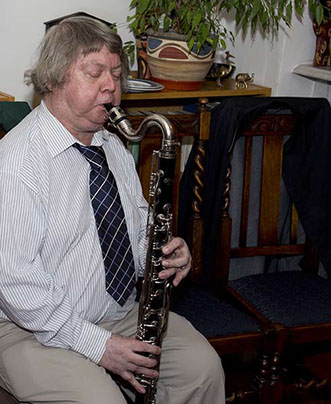 David Miller was born in Melbourne, Australia, but has lived in the UK for many years. His recent publications include Black, Grey and White: A Book of Visual Sonnets (Veer Books, 2011), Reassembling Still: Collected Poems (Shearsman, 2014), Spiritual Letters (Contraband Books, 2017), Towards a Menagerie (Chax Press, 2019), Matrix I & II (Guillemot Press, 2020), Vitruvian Shadows (The Red Ceilings Press, 2020) and Some Other Days and Nights (above/ground press, 2021). He has compiled British Poetry Magazines 1914-2000: A History and Bibliography of ‘Little Magazines’ (with Richard Price, The British Library / Oak Knoll Press, 2006) and edited The Lariat and Other Writings by Jaime de Angulo (Counterpoint, 2009) and The Alchemist’s Mind: a book of narrative prose by poets (Reality Street, 2012). He is also a musician and a member of the Frog Peak Music collective., and has performed and recorded as part of The Mind Shop and with Louise Landes Levi, Ken White, Rod Boucher and others. Previous books and chapbooks have appeared from Enitharmon, Gaberbocchus, Arc, Stride, Reality Street, Burning Deck, Singing Horse, Chax, hawkhaven and Harbor Mountain.