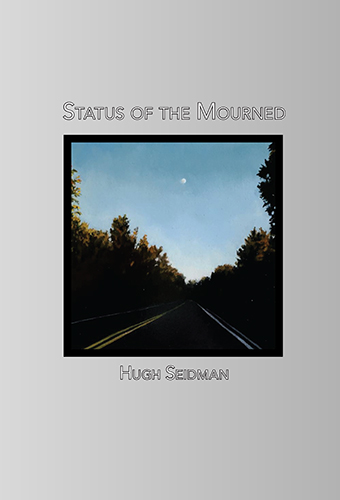 Status of the Mourned

“In Status of the Mourned, the American poet Hugh Seidman pays tribute to poets, love, art, memory, desire, and the legacy of a maimed century. Through this book, in which poems of great gravitas intercut strings of darkly playful lyrics, contemporary readers will learn what poets have long known: Seidman is a master.”

“He finds the luminosity in the darkest of matter.”

“Status of the Mourned, Hugh Seidman’s seventh book, is, like each of his books, a masterpiece. Seidman’s gift of making poems into objects of visionary intensity, fiery intellect, and almost tangible word-sounds, is unparalleled in our poetry. Confronting, at the boundaries of history, the horrors inflicted on the body politic, and presenting, with astonishing fervor and intimate exactness, poems powerful enough in dream power to raise the dead to a life that is forever living, Status of the Mourned is truly radical, deeply set in our oldest karma—that of hope and of love.”

“Hugh Seidman’s poetry develops out of the writing of Louis Zukofsky and George Oppen, two “Objectivists,” the first of whom was his teacher. However, Seidman’s poetry is expressionistic, and existential. On one level, Seidman is a New York City poet, closer to Paul Blackburn than to Frank O’Hara: his writing carries the bruise and negative reality of having lived in the city for an entire lifetime. But he is also not a ‘street poet.’ His writing is sophisticated and profound. He has, for example, written extraordinary poems about his aging and ultimately senile parents that are unique in American poetry. There is no insincerity in Seidman’s work. He has earned every poem that he has written.”

“Few contemporary American poets, if any, speak for Walter Benjamin’s Angel of History as does Hugh Seidman in Status of the Mourned. As if caught in the storm called progress, pulled backward into the future by the ‘incorrigible, leveraged absolution of witness’ (‘New Year’), Seidman invariably confronts the ‘debris of the universal Kaddish’ (‘Millennial’). What is mourned, in the process, is the status of the child within, abandoned at birth and feeling motherless, become Angelic by virtue of a strong and un-relinquishing grip on the persons and the poems it has loved.” 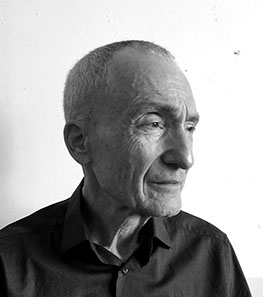 Hugh Seidman has published seven poetry books, including Somebody Stand Up and Sing, which won the Green Rose Prize from New Issues Press; Collecting Evidence, which won the Yale Series of Younger Poets prize; and People Live, They Have Lives, which was judged the winner of the Camden Poetry Award. He has also won three New York State poetry grants; three NEA fellowships; and his Selected Poems: 1965-1995 was named one of the Village Voice’s "25 Favorite Books of 1995." Seidman has taught at the University of Wisconsin, Yale University, the City College of CUNY, the College of William and Mary, the New School University, and other institutions.