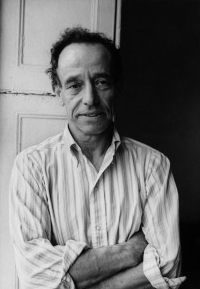 Stefan Brecht (November 3, 1924 – April 13, 2009) was a German-born American poet, critic and scholar of theatre. The son of playwright and poet Bertolt Brecht and actress Helene Weigel, Stefan Brecht was born in Berlin. He chose to stay in the United States when his family, who had arrived in Santa Monica, California in 1941, returned to Europe.  After moving to New York City in about 1966 with his wife, costume designer Mary McDonough Brecht (now deceased) and their two children born in Paris in the early 60s, he became immersed in the radical theatre just beginning then and started writing what he projected as a series of seven books, The Original Theatre of the City of New York: From the Mid-Sixties to the Mid-Seventies. Descriptions of performances by Jack Smith and Charles Ludlam's Ridiculous Theatrical Company, among others, formed the core of Queer Theatre (Suhrkamp, 1978). He performed with Ludlam and also with Robert Wilson in the 1960s and 1970s; The Theatre of Visions: Robert Wilson was published in 1978 (Suhrkamp) and is being translated into German in abridged version for publication in 2006. Peter Schumann's Bread and Puppet Theatre (Methuen, 1988) includes the early history of the theatre and describes in detail many performances and street parades of the 1960s and 1970s, with comments on Schumann's masks. A collection of poems, self-published in 1976, was picked up by Lawrence Ferlinghetti's City Lights and appeared in their City Lights Pocket Poets Series in 1977 as Stefan Brecht: Poems. A small collection of poems in the German language, Gedichte, was published by Aufbau-Verlag in 1984. 8th Avenue Poems (Spuyten Duyvil, 2006) is a collection of poems written as he walked to and from the Chelsea Hotel, where he wrote, from the mid-1970s to 2001; his photographs of 8th Avenue pavements, taken to accompany the poems, appear as 8th Avenue, an artist's book from onestar press, Paris (2006). 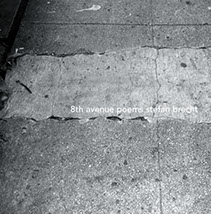