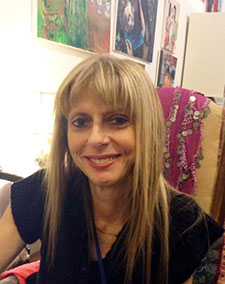 Stephanie Dickinson was raised on an Iowa farm and now lives in New York City. Her novel Half Girl and novella Lust Series are published by Spuyten Duyvil. Her work appears in Hotel Amerika, Mudfish, Weber Studies, PMS, Nimrod, South Loop Review, Rhino, and Fjords, among others, and her stories have been reprinted in Best American Nonrequired Reading and New Stories from the South.  Road of Five Churches and Port Authority Orchids are available from Rain Mountain Press. Heat: An Interview with Jean Seberg was released in October 2013 by New Michigan Press.  She is an assistant editor at Mudfish and along with Rob Cook edits Skidrow Penthouse.