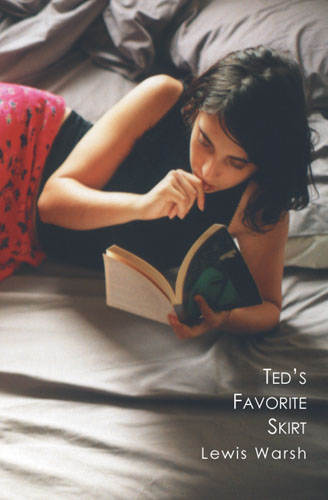 Billie is a Senior at East Winston High when she tutors Ted, the star of the basketball team. But Ted has a drinking problem. He also has a minor fetish, a request that leads Billie on a vicarious search for herself through the characters in the books she loves to “plow through.” But Billie’s new sexual awareness takes her far beyond Ted, into the lives of East Winston’s troubled, suburban angst, where, for one early 1980’s school season, she learns the difference between a storied life and reality.

The heroine is a hoops-shooting, Madame Bovary-reading American kid trying to figure it all out. As we follow Billie in and out of love, limning with her the edges of despair and hope, Warsh leads us deep into the “hum of human machinery”, a territory where all but essentials are weeded out.  Part bildungsroman, part commentary on American life in the 80s, Ted's Favorite Skirt is a trenchant, lovely wonder.

Laird Hunt, author of The Impossibly

Lewis Warsh writes from a true and complex idea of experience, and does so in the certainty that we know what life is about. Ted’s Favorite Skirt, remarkable for its steady luminosity and insight, reveals the mystery—though not its solution—of how someone’s presence can weave itself into the fabric of our desire and remain there, long after the time shared with that person has passed, and thus become part of our fate.

Chuck Wachtel, author of Because We Are Here