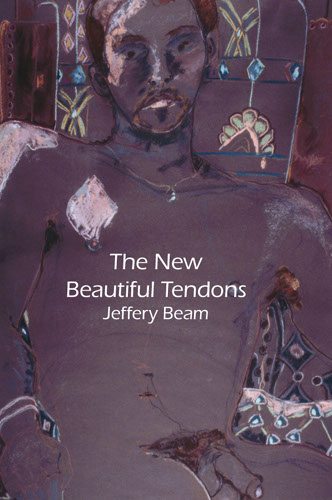 Poetry is an enrapturing process that intensifies the discovery of experience and only what arises out of this urgency produces utterance that is distinctive and honest.  Here in these sinewy acts shine the mobilities of praise, the delight in the body’s beauty and its surprises, the wonder of beholding energy and love.  The poems are glimpses of sensual epiphanies, lightning flashes on the dramatic heart of event, memories from the crux of dream.  Here are secrets that lie within the adventures of desire. Pursue them, and participate in the pleasure.

Jeffery Beam’s The Beautiful Tendons proves what many of us have known for some time:  he is one of our most important and valuable poets. No matter what he touches on, it is always observed with Beam’s precise and careful eye in spare, direct language that’s as fresh as a sunrise and the sweet air of morning.  Read these poems and brighten your day.  I guarantee it.

All children should hear you, the universe glistening.  The spirit of poetry and nature and Eros are carried forth into and for the future.  You are one of the poets I feel closest to — kindred spirit in love with the natural world and kindred spirit of awe and affection to our own kind.  Feather to feather, wing to wing.

Though the work here was chosen for its subject—male love and friendship—it offers an excellent sampling of all that that’s valuable in this poet, whose work ought to be more familiar to readers of poetry than it is. An unrelenting intelligence drives Beam’s poems toward an agenda that’s mystical, sexual, pantheist. He is one of Whitman’s wild children. The success of these poems, and the poet’s work generally, owes to Beam’s consistent focus on developing a thought and allowing us to watch it move, grow, die without embellishment or gimmicks. He is the rare thing, a poet of depth and complexity who takes evident satisfaction in making himself understood.

—Jim Cory in The Gay and Lesbian Review Worldwide

The gift to the reader is this: an accomplished, graceful writer sharing work from over thirty years, poems that sing from the heart of desire.  Poetry of contemplation, lived experience and Passion; Beam’s voice is joyful, carnal, and worshipful.  “Take it, / and take it gladly “ he exhorts.  We are made richer by accepting.

Beam’s poetry, most emphatically, is not a poetry of gay culture but of the communion between the gay man and nature, both his own nature and that more general Nature ... More than that, his poetry dramatises a communion between a naturalised gay man and a spiritualised nature. Through the use of a poetic line that echoes both Whitman and Carlos Williams via Rumi, Beam combines the physical and the contemplative: sexuality and spirituality are fused in the perspective of the naturalist, in the observance of nature. Removed from daily urban life, untarnished by contemporary culture and clothing, Beam rediscovers the male body in the presence of itself. For this is what Beam renders brilliantly in his verse: the body at ease with itself.

The lyrics of The Beautiful Tendons do what poems ought to do.  They brim with melancholy and love, a poignant tenderness and a delicious eroticism, the beauties of humanity and the natural world.  They combine thoughtful and evocative depths with a pellucid simplicity of phrasing.  Like Whitman’s work, they celebrate both the body and the soul.  What a luxury and a delight to have so many of Jeffery Beam’s poems in one handsome volume.

The Beautiful Tendons … offers a view into a poetic universe that feels simultaneously intimate and far ranging. The work rings with [Whitman’s] same vitality and enlarged vision of the possibilities of the body, of the erotic. It is marked by the same cult of the “wild” mystic and the same generous pantheism. Many of the poems crackle with fire… In both the quiet and more vatic registers Beam’s poems seem to work towards an openness, a kind of ecstasy ... In their best moments, these poems manage to press against such limits, of sound, sense, imagination and when they do, sex and soul, landscape and language manage to come together with a kind of glittering joy. He is particularly able as a poet of sensibility and visual response.  Beam is poet of evident large ambitions and, to a significant extent he succeeds in achieving them.

—Peter Dubé in Ashé Journal: The Journal of Experimental Spirituality

The Beautiful Tendons takes its readers into a world where surface and fashion do not suffice. With a clarity that few poets command, he evokes an awareness of what it is like to live within a world defined by homosexuality and its pleasures. Beam is one of our foremost lyric poets; he speaks with delicate precision … Beam is a very wise and knowing poet.

The Beautiful Tendons is a splendor, a beautiful tribute to the body, never sinking to mere vulgarity, but a real paean to the body and to where it may lead.

The Beautiful Tendons: Uncollected Queer Poems 1969-2007 is a fascinating collection of verse by Jeffrey Beam that combine sexuality and spirituality to the benefit of both. Beam has been writing for almost four decades; and any literary gay man who is unaware of Beam or his poems ought to be ashamed of himself! If anything, The Beautiful Tendons serves as a good introduction to this unjustly ignored artist.

—Jesse Monteagudo in After Elton

These poems illustrate Beam’s mastery of the resources of the English language to create subtlety in aesthetic quality. This is a mature writer who has mastered his craft and has considerable breadth in his repertoire. … There is eroticism, there is subtlety, there is imagination, there are unexpected twists and turns. There is much to be recommended in this high quality volume.

At their best, these poems are not merely about the oppressions suffered as a gay man or as someone queer; rather, the most moving poems depict the joys and pains of what it means to be fully human.  The spiritual and transcendent trump the political in The Beautiful Tendons. 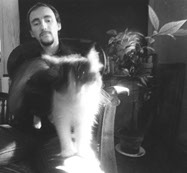 Jeffery Beam is the author of numerous works of poetry and song as listed on the pages previous. His work was surveyed in Greenwood Press’s Contemporary Gay American Poets and Playwrights: An A – Z Guide, Encyclopedia of Contemporary LGBTQ Literature of the United States, and Lesbian Gay Bisexual Transgendered Queer America Today Encyclopedia. He is currently at work on a number of projects including a song cycle with Steven Serpa inspired by Benjamin Britten’s Six Metamorphoses after Ovid, an opera libretto based on the Demeter / Persephone myth, The Life of the Bee, They Say: A Commonplace Book on Poetry and the Spirit, and a series of illustrated children’s books. Beam appeared in 2002 at Carnegie Hall to read his Life of the Bee poems for the premiere performance of Lee Hoiby’s Life of the Bee song-cycle. The cycle continues to be performed on the national and international stage. Beam’s poems have appeared in innumerable magazines and his essays and criticism have appeared in many publications including The Advocate, The American Book Review, The Christian Science Monitor, Contemporary Gay American Poets and Playwrights, Big Bridge, Encyclopedia of Contemporary LGBTQ Literature of the United States, Encyclopedia of North Carolina, Garden Design, The Harvard Gay and Lesbian Review, Lambda Book Report, Contemporary Gay American Poets and Playwrights: An A – Z Guide, Lesbian Gay Bisexual Transgendered Queer America Today Encyclopedia, The North Carolina Literary Review, Rain Taxi, Small Press Review, Smithsonian, The Sun, Yellow Silk, and Oyster Boy Review. His works have received numerous awards and grants including four American Library Association Notable Book and Gay / Lesbian Non-fiction Award nominations, two Pushcart nominations, an IPPY Ten Best Books Award, an Audie Award, an AIGA 50 Best Books Award, a Writer’s Digest Editor award for best E-Zine poetry outlet, a Durham Arts Council Emerging Artist Grant, a Duke University Chronicle award, a Provost Award for Public Service from the UNC-Chapel Hill Center for Public Service, and a grant from the Mary Duke Biddle Foundation.  His papers are on deposit in the North Carolina Writers Collection, Manuscripts Department, University of North Carolina at Chapel Hill. Born and raised in Kannapolis, North Carolina, Jeffery lives in Hillsborough, NC with his partner of 33 years, Stanley Finch. He serves as poetry editor for Oyster Boy Review. He recently retired from his position as the Assistant to the Biology Librarian in the Botany Library at the University of North Carolina at Chapel Hill. At UNC he also penned “Song of the University Worker” which was recently designated the official staff poem. For ten years he served as a judge for the Lambda Book Awards. You can read and hear more of his poetry at his web site: http://www.unc.edu/~jeffbeam/index.html