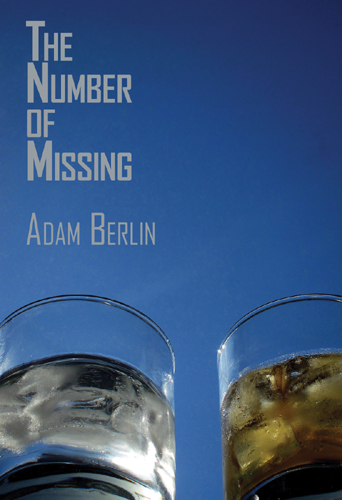 The Number of Missing

Beautifully raw and honest, Adam Berlin’s novel follows two characters through the long darkness in New York after 9/11. This is about the running, the drinking, the standing still, and the unquantifiable missing.  Berlin’s book is shattering, real, first-person history, made intimate by a narrator forced to stare at himself against the hole of Ground Zero.

The Number of Missing is a masterful re-invention of the post-war novel for the 21st Century. The World Trade Center is the battlefield: one young man dies a horrific death while his best friend witnesses the attack from a park bench a safe distance away. Ghosts haunt the guilty conscience, and to be alive is not necessarily to be among the living. The prose is lean and the air is thick. Adam Berlin might well be the Norman Mailer of his generation.

Berlin’s novel follows the story of two men, one of whom survived to endure the hellish aftermath of 9/11. The narrator David watches the plane hit the North Tower from a bench in Father Demo Square, aware that his friend Paul is on the 103rd floor. He runs toward the site not knowing his race has only begun. His loss represents that of so many in a city that yearned for its missing while lurching forward into the rest of life. Powerful.

A deeply moving chronicle of drinking, friendship, and grief. Paul was among the scores of Cantor Fitzgerald employees who died in the World Trade Center. In the months following the 9/11 attacks, his best friend, David, moves like a ghost between the bars of Manhattan, sometimes with and sometimes without Paul’s widow, Mel. Both are falling, but David is waiting for Mel to fall first, so that he can catch her.

The September 11th attacks were undoubtedly traumatizing for those who lived close enough to witness it, and even more so by those who lost a friend or loved one. Berlin's The Number of Missing follows one such survivor, an artist's model and Manhattan resident named David, as he navigates the nightlife of the city in the weeks and months following the attacks. Told through a somber inner monologue, we experience David's recollection of the event itself along with memories of his deceased friend, juxtaposed with episodes from his current rudderless existence. He goes from modeling job to modeling job, while fighting his feelings for his friend's widow and the anti-Arab resentment brewing within him. More than anything else though, we witness David drink his pain away...Though David's dwindling demise is hard to sit through, this…feels truthful to the experience of someone so traumatized.

It is in the character’s interactions with others, the re-creation of memories of his travels with Paul (including one involving bull fighting!), with Mel, Paul’s widow, and with Sandra, the one woman who is around for more than one sodden evening, that David’s true insecurities are revealed. 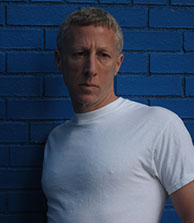 Adam Berlin is the author of Both Members of the Club (Texas Review Press/winner of the 2012 Clay Reynolds Novella Prize), Belmondo Style (St. Martin’s Press/winner of the Publishing Triangle’s Ferro-Grumley Award) and Headlock (Algonquin Books of Chapel Hill). His stories and poetry have appeared in numerous journals. He teaches writing at CUNY’s John Jay College of Criminal Justice in New York City and co-edits J Journal: New Writing on Justice. For more visit adamberlin.com