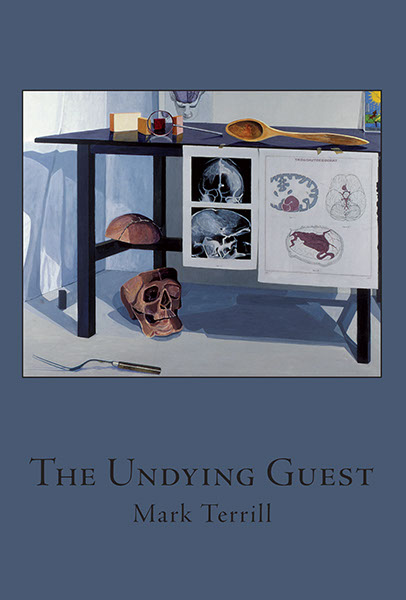 Mark Terrill accomplishes a difficult feat in The Undying Guest: prose poems of expansive range yet exacting focus. This is real-time poetry, in which the events and thought processes described unfold in the same interval it takes to read about them. The result is a collection of meticulously recorded observations in which scenery serves to direct a quicksilver flow of associative thought. Terrill calls our attention equally to urgencies like globalization and pollution as well as the “subtle cinematic shifts” of German sunlight, all the while tracking resolutely each “momentary realization” sparked by sensory phenomena. The Undying Guest shows Terrill at his most perceptive and connective, employing perfect blocks of text which seem to have been grafted from the nebulous atmosphere of thought, pressurized and framed on the page. These prose poems invite us into the world of an attentive observer whose intellect is as unrestricted as his language is precise.

These are more than slices of life, I thought when I first read these prose pieces. No, they are vibrant, three-dimensional chunks of life. Then I read on and thought again, no, they are something else. Dimensionalities of space, disappointment, yearning, and the end of yearning appear and disappear here.

—Kate Wheeler, author of When Mountains Walked; editor of Nixon Under the Bodhi Tree and Other Works of Buddhist Fiction

Mark Terrill may have washed up on the shores of the North Sea and the Baltic, but he remains indelibly a poet of the Pacific Rim, celebrating moments of pure consciousness in these lucid, intriguing prose poems.

—Edward Field, author of Counting Myself Lucky: Selected Poems 1963-1992 and The Man Who Would Marry Susan Sontag 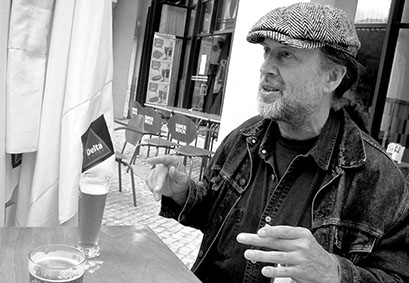 Mark Terrill was born in Berkeley, California, shipped out as a merchant seaman, was a participant in the School of Visual Arts Writing Workshop conducted by Paul Bowles in Tangier, Morocco, and has been a resident alien in Germany since 1984. His writings and translations have appeared in more than 1,000 journals and anthologies, most recently in The Best Small Fictions 2020 (Sonder Press). Recent publications include a full-length collection of poems and prose poems, Great Balls of Doubt, illustrated by Jon Langford (Verse Chorus Press, 2020), a chapbook of poems, Reframing Oblivion, with photographs by James LaFratta (New Feral Press, 2021), and a collaborative novel written with Francis Poole entitled Ultrazone: A Tangier Ghost Story (The Visible Spectrum, 2022).