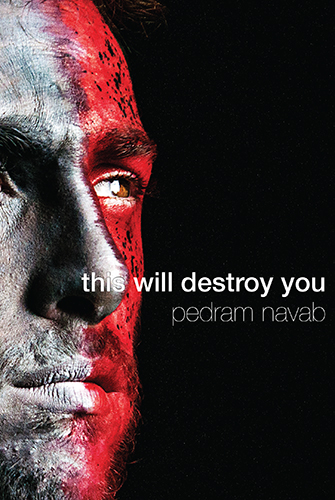 This Will Destroy You

A riveting story that is at once

Paris, France. 1885. Bernadette Soubirous, a patient at the Pitie-Salpetriere Hospital, where Sigmund Freud and Jean-Martin Charcot treated “hysterics,” commits mass suicide with other women, drowning themselves in the Seine. 1975. Christopher Laurent, a paranoiac with a cardiac condition, seeks the assistance of Dr. Anna Freud, fearing a group of informants is following him. 1985. Marc Bernard, renowned plastic surgeon at the Pitie-Salpetriere, harbors a dark secret that will make him question his identity. After a car accident, he is facially disfigured. It is the unanticipated collision between these disparate characters that propels a compellingly original and gripping psychological thriller, revealing a destructive force that lies within each of us.

With dark and exquisite audacity, we are shown the face of the faceless, the heart of the heartless, and ultimately the essence of our human condition.  No other contemporary novel has made the obscure object of desire this accessible, this reflective.

author of The Book of I, Air, and The Roar of the River

This Will Destroy You is both nightmare and ‘daymare’—a glinting hypodermic shot straight into the reader’s heart and mind...This book will destroy you--but in the most wondrous and gratifying way.

author of Today Is The Day That Will Matter:  An Oral History of the New America: #AlternativeFictions

Pedram Navab’s This Will Destroy You is a thrilling multiform novel that ranges across time periods and genres, sending readers into historical and personal worlds so minutely and vividly crafted we forget they are not, for the most part, real. Erudite, experimental, and at the same time utterly human in its narratives of loss, grief, identity, and desire, this text bristles with the beauty of various languages on every page. These are the languages of medicine, of psychoanalysis, of paranoia, of trauma, as well as of myth and of hope.  The pleasure of reading only accumulates as we occupy our enlisted role as detectives and analysts and weave the book’s mysterious threads together.  In the process, we learn how the imagination creates truths no less powerful than those produced in the discourses of the human sciences. A gripping book that satisfies cravings of the mind and the soul.

This Will Destroy You is as delicate and sharp as a surgeon’s scalpel, precisely opening up visceral layers of a haunting psychoanalytic fable. Its interweaving of medical and criminal histories and fictions, not to mention its attention to the unsettling role of women’s bodies in these tales, makes Navab’s novel a disconcerting and brilliant addition to the literature of the uncanny.

Rosalind Galt, Author of Queer Cinema in the World and Pretty: Film and the Decorative Image

I’m not sure how to describe Pedram Navab’s compelling novel This Will Destroy You. A twisted medical noir? A case study wrapped a mystery? What I can say for sure is that it’s a riveting story that is at once shattering and wildly engaging.

Lisa Lutz, author of The Passenger

An ambitious novel that reimagines the morally problematic ways in which we live, especially in the face of finality and disaster. In this book, even the birds are unable to understand each other, and so the desire for intimacy, for understanding, for becoming, all of that beating hope is peeled back to reveal the grisly gestures of survival: the wounds that somehow hold us together, and then, keep us apart. This Will Destroy You is an immense and devastating work. 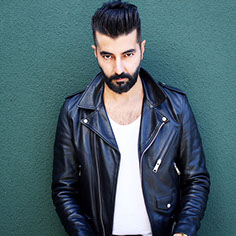 Pedram Navab is a neurologist and a Fellow of the American Academy of Sleep Medicine who currently resides in Los Angeles. Educated at Stanford and Brown, he also holds a graduate degree in English and a J.D.  He was nominated for a Pushcart Prize for a stand-alone excerpt of Without Anesthesia, his debut novel.