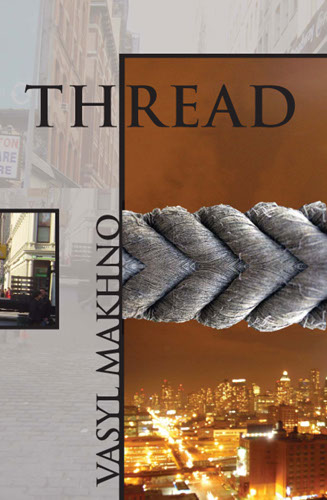 Translated from the Ukrainian by Orest Popovych

Many critical voices, in several languages, have praised the poet Vasyl Makhno. But in the case of this book such praise is only half of the golden apple. Without an excellent or, more precisely,a fully adequate translator, the poet’s name would be meaningless to most people, and a book ofbad translations would distort his name.

Makhno is very lucky to have found an adequate English-language translator. Orest  Popovych,although (or, perhaps, because) he is a scientist by profession, is able to capture not only the textbut also the subtext of this poetry. Never attempting, as some poet-translators do, to outsing theoriginal song, Popovych attentively listens not only to he words but also to the melody and spirit ofthese poems long before putting pen to paper. As a result, those who do not have the Ukrainianlanguage, may rest assured that they get the kernel of these powerful texts, and those who dowill delight in the translator’s art.

The poet, too, seeks traces of his homeland in exile with the intentionally clichéd lines “a ukrainian poet must write rhymed poems”. He doesn’t, of course. Neither did many of his predecessors in exile from the Ukrainian New York Group of poets, to whom he dedicates a poem in the collection. Makhno’s highly philosophical poetry in the collection is rife with a poet’ssolitary wanderings through the city, the way a fox – an image he often uses in the collection –forages for nourishment in winter.

Vasyl Makhno is a Ukrainian poet, essayist, translator and playwright. He is the author of sevencollections of poetry: Skhyma (1993), Caesar’s Solitude (1994), The Book of Hills and Hours (1996),The Flipper of the Fish (2002), 38 Poems about New York and Some Other Things (2004), CorneliaStreet Café: New and Selected Poems (2007), a book of essays The Gertrude Stein Memorial Culturaland Recreation Park (2006), and two plays Coney Island (2006) and Bitch/Beach Generation (2007).He has also translated Zbigniew Herbert’s and Janusz Szuber’s poetry from Polish into Ukrainian, andedited an anthology of young Ukrainian poets from the 1990’s. The poems, essays and plays of VasylMakhno have been translated into Polish, English, German, Serbian, Romanian, Slovene, Russian,Lithuanian, Malayalam, Czech and Belorussian languages. In recent years in Poland were publishedtwo volumes of his selected poems “Wędrowcy” (“Wanderers”) (2003), “34 wiersze o Nowym Jorku inie tylko” (“34 Poems About New York and Some Other Things”) (2005), and in Romania “Fiecareobiect îşi are locul său” (“Every Thing Has Its Place”(2009).)  Vasyl Makhno was a participant in manyInternational Literary Festivals in Europe, America, and Asia. He has been living in New York since 2000.

Orest Popovych, the translator, is Professor-Emeritus at Brooklyn College of the City University of New York, and the President of the Shevchenko Scientific Society (USA), a scholarly institution dedicated primarily to theadvancement of Ukrainian studies. He is the author of   three books in English and one in Ukrainian as well asof several hundred articles in both languages on topics as wide-ranging as chemistry, sports history, chess aswell scholarly and civic events within the Ukrainian-American community.