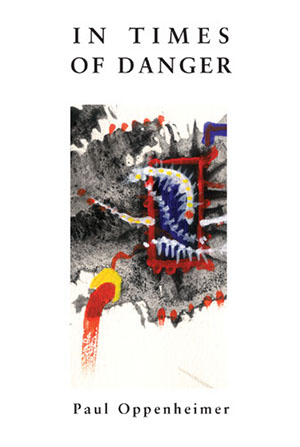 In Times of Danger

Paul Oppenheimer’s fourth collection of poems presents a love story told almost entirely in brisk, often racy modern sonnets and set against a background of the rural Hudson Valley and New York City—before, during and after the catastrophe of 9/11. “I need a form that I did not invent,” he writes, “tuned by ancient anguish to impart/the strain of modern doubt: an instrument/just right, just now, on which to test my heart.” His test turns into a struggle that sweeps up history, elusive love itself, preparations for war and the war in Iraq in more than ninety eerily redemptive, shocking and accomplished renderings of poetry’s oldest and still most powerful form.

Some poets have responded to modern angst by plunging into linguistic discontinuities, abandoning conventional coherence, shedding any trace of old forms, rhymes, or meters. (We suspect that these poets never liked the forms in the first place, or don't know how to use them). Oppenheimer has taken the opposite tack, embracing formal constraints (I suspect he DID like them, and he DOES know how to use them.)     Sarah White in Big City Lit dotCom

IN TIMES OF DANGER reflects a trend of poets writing storylines in a suite of interconnected poems. In this collection of some 94 sonnets, the story is the New York poet's response to the viscious terror attacks of September 11, 2001, a love relationship he gets into, and his feelings about the Iraq War. It should be no surprise that he uses the sonnet form; he's done 50 translations of sonnets into English-from Goethe and Lorca to Rimbaud and Rilke. He's also written a book about how sonnets originated in 13th century Italy, "The Birth of the Modern Mind: Self, Consciousness and the Invention of the Sonnet."   Barbara Bialick

Focusing on New York City circa 9/11, Oppenheimer’s poetry is in tune with the city’s initial aloof insularity, and its post-attack fiery search for retribution, its brittle conscientiousness, and fragile heart. An early five sonnet sequence that begins with “9/11” and ends with “The Beauty-Terror Trick” takes us through the whole range of human emotion of the attacks. He shows us the view of the outsider, the person in one of the towers, the volunteers, the

street-level witness, and the removed cynic. Yet despite all this fireball and building-crumbling terror,hope is omnipresent throughout this book and adds an undeniable humanization to the  work’s whole.

Lyrical, witty, extravagant and precise, the poems in Paul Oppenheimer’s new collection limn the paradoxes of post-millennial urban life in a voice which, while profoundly informed by an indelible plethora of past poetries, is entirely

contemporary. Oppenheimer is (incidentally) a master of the sonnet form in all its variations, and these poems, in addition to their other pleasures, allow the reader to eavesdrop on his ongoing colloquy with Donne, Shakespeare, Michelangelo, Ronsard, Keats and Yeats. Love, politics and ethics are some of his themes, but he is above all a poet of New York City, caparisoned in the raiment of all its seasons, in its present state of risk, paradox and plenitude.

Streaming through the counterpoint of Paul Oppenheimer’s powerful collection In Times of Danger, in his daringly moving sonnets, is beauty—physical and metaphysical. It is woven into an unexpected music of paradox and wit;

sophistication and vulnerability; urgency of heart and formidable wisdom; the urban, specifically New York City, and the pastoral. Most stunningly, there is the courage that binds all of these, examining—with rare depth—self and society, the meeting of personal and political. Here is poetry enacting a prelapsarian faith that is never naïve, but hopeful while aware of how deeply we have fallen as the events and actions leading to the Iraqi war unfold. ‘I never doubt the seven seas in us,’ writes Oppenheimer, replenishng the difficult genre of the love poem against

a tragic backdrop, demonstrating with freshness the relevance of the sonnet, and its capacity to express great passion. 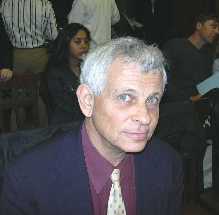 Paul Oppenheimer is a novelist, journalist, translator and widely published short story writer, as well as the author of three previous volumes of poetry. His broadly cited investigation of the origin of the sonnet in thirteenth-century Italy, The Birth of the Modern Mind: Self, Consciousness and the Invention of the Sonnet, has also been lauded for its more than fifty translations of sonnets by such poets as Goethe, Lorca, Cellini, Michelangelo, Rimbaud and Rilke. The winner of an Alfred Hodder Fellowship and a Fulbright Senior Scholar Award to Germany, he teaches at The City College and The Graduate Center of the City University of New York.