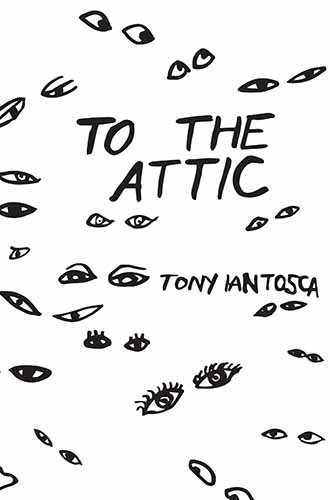 Tony Iantosca is the poet we need. Poet of the lone tree—poet of the masses—of the riverbank and parking lots—of seagulls—of the dumb and hungry—of “nameless ocean”—poet of the “language I need”—poet hassling commerce and cops—poet who “splits the brain free”—poet of the past and haunting future – poet that exists “in time external / to knowing.” Iantosca warns us of the evils of convenience, then he runs naked and high through the forest. “It’s ok,” he says, and you wonder if it’s hopeful, or dejected. Is comfort possible without destruction? Is forgiveness “a ruse?” “Where / did I put human / connection?” His lines are built on the brain’s architecture, if the brain were a wave on the ocean, endlessly disappearing into itself, finding loose change in its pocket. Follow the rhythms of these poems. They are your “tomorrow babies.” They’re not gonna let you forget how life could be.

Each of Tony Iantosca’s brilliant poems unveils an unresolved crisis between head and heart. In a world of missed opportunities, there’s no time like the present to move forward. The “attic” is the highest part of the house, the high point of consciousness, the place you escape to when the banks overflow. Iantosca takes us one step closer to the rapture, and beyond.

“If there were / an eraser / for consciousness / I would have only voids” writes Tony Iantosca toward the end of To the Attic, a book of lyric poems for the lyric-wary that disarms by way of a reflexive, stealthy bite. Workdays, vacation days, meeting days, protest days, the violence of calendars and the ubiquity of the state—To the Attic doesn’t so much have a subject or a range of subjects as a prevailing mood, the ambient anxiety of a dailyness that, structurally or temperamentally or by some combination, falls somewhere between contemplation and action, certain only of the kinds of propositions on which such anxiety thrives (“When people / are comfortable / they can resume / destruction”). This is a poetics that points outward by pointing inward—and then surprises by doing both, powerfully, at once: “[O]ften I think / about the city’s / police state bloodlust / for anyone whose hunger / is a sentence we can’t speak / without running out of breath.” 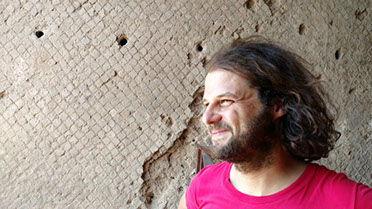 Tony Iantosca is a poet and educator living in Brooklyn, NY. His poems can be found in A Glimpse Of, Second Factory, 6x6, Lungfull!, a Perimeter, among other publications. He is the author of two chapbooks—Naked Forest Spaces (Third Floor Apartment Press, 2013) and Team Burnout (Overpass Books, 2013)—and a full length collection, Shut Up, Leaves. (United Artists Books, 2015). He is a lecturer in the English department at Kingsborough Community College (CUNY) in Brooklyn, NY.