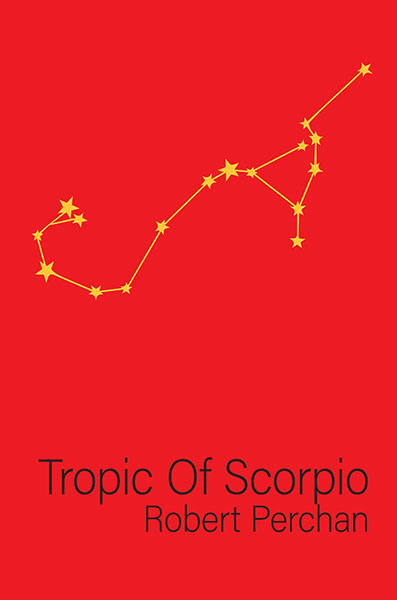 When Harold Ratner’s former girlfriend and stand-up comedy protégé Justine returns to their tropical island from a mysterious absence his fascination with her is rekindled. But she is associating with a group of strange, very tall and very good-looking “Insiders” who are intent on forcing everyone off the island so they can “repristinate” it back to its original Edenic splendor. Harold, stubborn to the end, refuses to budge. As does a gimpy geek gal known as the Pythoness who swallows live white mice in a local bar for a living. When she is brutally murdered, the pressure on Harold to get out mounts. Still, like a modern-day Bartleby, he refuses. This sets up a chilling climax that will leave readers in stitches.

In a timid age fraught with self-consciousness and convention, Robert Perchan sounds the depths of fresh authenticity, conviction and humor.  He belongs to the family of Henry Miller, Georges Bataille and Boccaccio.  Chorea an open window on an exotic and true world that is also sentimentally universal. A journey and an education!

A happy surprise, this little elegant book about venery and scrutability and foreignness . . .  [T]he poise of the style and the epigrammatic posture bring a less dour Edward Dahlberg, or Cyril Connolly, or even Catullus, to mind.

This pleasingly off-center novella . . .  the book's wealth of serious fun.

On FLUID IN DARKNESS, FROZEN IN LIGHT

Robert Perchan is in the same part of the poetry ball park as Russell Edson, Bill Knott and Dean Young, but is very much his own person.  I suspect he will not be invited to the White House for Poetry Month Celebrations, but that’s okay, we have him in print now, and any sensible person will read this book.

On LAST NOTES FROM A SPLIT PENINSULA:

In a world of poets who all sound the same, Robert Perchan is an original. He is also a comic genius, capable of moving between and blending many different genres and linguistic registers to achieve his purposes. To find oneself in the cross-hairs of Perchan's wit - when he is not training it squarely on himself -- can be very, very unsettling. And yet he can also be lyrical, and almost all of his hijinks spring from idealism, since, of course, every satirist is really an idealist gone rogue. In the final section of this book, all of Perchan's talents culminate, as the narrator and his companion Miss Kim, a sort of Ensorcellor/Sidekick/Ecdysiast /Helpmeet/Muse, go on a metaphysical exploration of a world around them, which is often as maddening as it is amusing. How can you not like a book with prose poems that begin with: "Onward and Awkward might serve as a fair clinical description of the case of evolutionary heebie-jeebies I have had to endure since the recent capitulation of the slightly sway-backed but nonetheless anatomically correct Miss Kim to certain suggestions I made regarding the human coccyx." Pure Perchan.

Peter Johnson, author of Old Man Howling at the Moon and Miracles & Mortifications and recipient of the James Laughlin Award from the Academy of American Poets 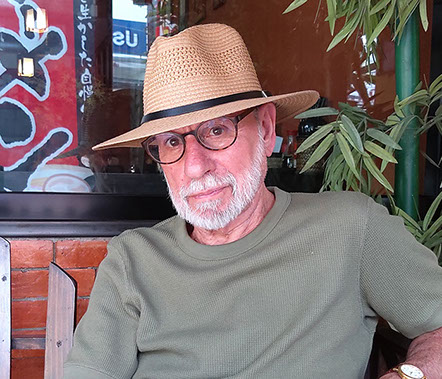 Robert Perchan was born in Cleveland, Ohio, and grew up there doing pretty much what was expected of him.  After grad school he taught introductory composition and literature courses aboard three different mostly seaworthy vessels for the U.S. Navy’s Program for Afloat College Education (PACE) before moving on to universities in South Chorea Korea. His poetry collection Fluid in Darkness, Frozen in Light won the 1999 Pearl Poetry Prize and the final judge, after generously praising the poems therein, was perspicacious enough to offer this prophetic observation about the author on the back cover: “I suspect he will not be invited to the White House for Poetry Month celebrations . . .”  That was like about five Presidents ago, and thankfully appears to be holding true.  Beware his prose fiction in Tropic of Scorpio as well. The geezer appears not to have lost a step there either. Also of note: Bob’s Last Notes from a Split Peninsula: Poems and Prose Poems was brought out by UnCollected Press in 2021. In any case, Bob continues to eat and drink and write in Busan, ROK, under the bemused gaze of his wife, Mi-kyung Lee, who has done the real work over the past several years translating novels by Jane Austen, Elizabeth Gaskell and Sinclair Lewis.