To Julia with No Tears

Review by Gregary Racz in the Translation Review

Two of the great figures of Latin American poetry talk about a battered but still luminous continent.”

Marjorie Agosín, author of Of Earth and Sea: A Chilean Memoir

Pedro Mir (1913–2000) is recognized as the Dominican Republic’s foremost literary figure of the twentieth century. In 1982 the Dominican Congress named him National Poet. On the occasion of his death, the president of the Dominican Republic declared three days of national mourning and celebrated the poet’s memory and his work: “Don Pedro will always be with us because his thinking was transcendent, and he truly fathomed the national Dominican soul.”

“Hurricane Neruda” won the Annual Poetry Award given by the Secretary of Education of the Dominican Republic, in 1975, the year of the poem’s original publication. This elegy was written in response to the death of Chilean poet Pablo Neruda (1904–1973) and the military dictatorship that followed the coup in Chile and the associated death of its democratically elected president, Salvador Allende, twelve days before the poet died, possibly murdered.

“To Julia with No Tears,” written in 1998, is Mir’s last published poem. This elegy celebrates Puerto Rican poet Julia de Burgos (1914–1953) who gave voice to her native island and its struggle for independence. A feminist in word and deed, she also spoke up for Afro-Caribbean writers. She furthered the cultural and socio-political cause of all Caribbean peoples, and for her profound contribution to this cause, she became significant to Mir.

“Pedro Mir is a poet who evokes the history of the American continent with a revelatory and prophetic tone but also with an extraordinary lyricism. The figures of Pablo Neruda and Salvador Allende and the end of democracy in Chile are woven together masterfully in a tough rebellious poetry. Appearing here as well is the figure of Julia de Burgos, poet of the Caribbean, poet of light and water but also of a heartbreaking sorrow. Two of the great figures of Latin American poetry talk about a battered but still luminous continent. A book to read many times and to meditate on. These poems have been wonderfully translated by Jonathan Cohen.”

—Marjorie Agosín, author of Of Earth and Sea: A Chilean Memoir

“With his deft and lyrical translation of Two Elegies of Hope by Pedro Mir, Jonathan Cohen brings a powerful trinity of poets to English readers: Pablo Neruda and Julia de Burgos, as elegized by our very own Whitman of the Caribbean, Pedro Mir. More and more North American readers are learning about the work of Mir who sang of our island and illuminated our struggles over the course of many dislocations. His fierce and profound singing of those struggles has inspired many writers and activists from our part of the Americas, myself included. Cohen translates Mir’s words as if there were no borders between the two languages and sensibilities all occupying the same human heart, and Chiqui Vicioso’s succinct and informed introduction helps us understand the importance of Mir’s work in understanding our American history, its struggles, tragedies and its ultimate triumph through the work of our poets. How wonderful to share—through Cohen’s poet’s sensibilities and skill—nuestro Pedro Mir with the English-speaking world. I feel immense pride in the arrival of this small but powerful book to an English readership.”

—Julia Alvarez, author of How the García Girls Lost Their Accents and In the Time of the Butterflies

“Two Elegies of Hope, a volume containing superior translations of Pedro Mir's 'El huracán Neruda' and 'A Julia sin lágrimas,' two remarkable elegiac poems that had remained unavailable to Anglophone readers since their original publication over 40 and 20 years ago, respectively, captures the emotional force, surrealistic diction, and political clarity of the acclaimed Dominican poet's oeuvre. Memorializing great twentieth-century bards from the hemisphere whom Mir admired deeply, the Puerto Rican Julia de Burgos and the Chilean Pablo Neruda, these texts reaffirmed his view of poetry as a prophetic art whose practitioners, in certain circumstances, may wield the moral power to speak for multitudes, articulate their yearnings, and advance the cause of humanity. As such, though written in his later years, they can serve as an introduction to his compelling body of verse no less suitably than the poems corresponding to earlier stages of his career, a sizable share of which Jonathan Cohen has also translated superbly.”

—Silvio Torres-Saillant, author of Caribbean Poetics and The Dominican Americans (with Ramona Hernández)

author of The Brief Wondrous Life of Oscar Wao

Pedro Mir (1913-2000), declared a non-person under the Trujillo dictatorship but widely accepted nowadays as the Dominican Republic's greatest poet, is barely known in the Anglophone world. Jonathan Cohen makes a persuasive case that he is in the same league as his contemporary Pablo Neruda, arguing the claim with undisguised enthusiasm, and supporting it with insightful commentary and exemplary quotation from Mir's work. 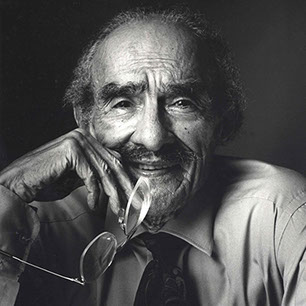 Pedro Julio Mir Valentín (3 June 1913, San Pedro de Macorís – 11 July 2000, Santo Domingo) was Dominican poet and writer, named National Poet of the Dominican Republic by Congress in 1982, and a member of the generation of "Independent poets of the 1940s" in Dominican poetry. 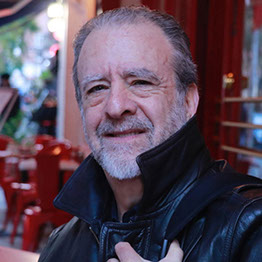 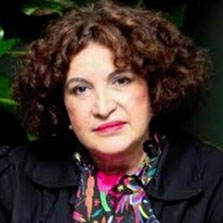 Jonathan Cohen is an award-winning translator of Latin American poetry and scholar of inter-American literature. In addition to Pedro Mir, he has translated Ernesto Cardenal, Enrique Lihn, Homero Aridjis, Octavio Paz, Javier Heraud, and Roque Dalton, among others. He is the translator (with Donald D. Walsh) of Mir’s Countersong to Walt Whitman and Other Poems, originally published in 1993 by Azul Editions and reissued in 2018 by Peepal Tree Press. For more information about Cohen’s work, see jonathancohenweb.com.

Chiqui Vicioso is a prominent Dominican poet, playwright, essayist, journalist, and cultural activist. Her many books include Cómo escribir un poema con Pedro Mir (How to Write a Poem with Pedro Mir), written to commemorate the centenary of Mir’s birth, and the biographical work, Julia de Burgos: La nuestra (Julia de Burgos: Ours). A graduate of Brooklyn College and Columbia University, she lived in the United States for sixteen years. In 1988 she returned to her homeland, where she currently lives in Santo Domingo.