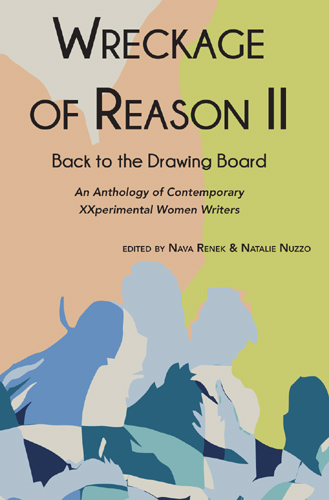 Back to the Drawing Board

In this follow up to the 2008 bestselling Wreckage of Reason:  An Anthology of Experimental Prose by Contemporary Women Writers, 29 contributors use different styles and language genres, their tools at hand, to illustrate moments of conflict, amusement, bafflement and joy that make up a day, a year, an individual life or a collective history. Held up to the light or inspected under a microscope, set in locales real, virtual, mythic, and imaginary, characters bump into and move through events, leaving readers with the humorous, sad, sexy and playful ambiguities of what it means to be alive. This anthology provides a much needed venue to spotlight women writers engaged in serious creative writing projects chronicling and responding to our current culture.

"Gathered together like this, these choices on the parts of the authors seem to indicate a deliberate breaking away from traditional forms in which male authors have delivered masculinist points-of-view. For another story to be told, another form must be found. The challenge of the forms has a double effect, both giving the author an opportunity to showcase her ingenuity and also to construct form as a kind of resistor, paradoxically pushing back against the story even as it brings it to light."

Joyelle McSweeney, in The Brooklyn Rail

"Were this book published by St. Martin’s or Norton, they would have slapped its contents on wider margins and packaged it for the college market at twice the cost. Except Norton or St. Martin’s would never publish this book—it’s too dangerous, wild, and singular. Wreckage of Reason gives us three dozen women authors beyond any easily marketable definition; by any description, it’s an anthology worthy of an audience and acclaim.”

Ted Pelton, from The Brooklyn Rail (writing about Wreckage of Reason I)

Nava Renek is a writer, editor, and educator. Her published works include two novels, Spiritland and No Perfect Words, as well as a collection of short stories Mating In Captivity.  In 2009 she conceived and edited the first volume of Wreckage of Reason: An Anthology of XXperimental Prose by Contemporary Women Writers. She works as program coordinator at the Women’s Center at Brooklyn College/CUNY.

Natalie Nuzzo is a writer and teacher from Brooklyn, NY. She received her MA in English from Brooklyn College. Her poetry has been published in Overpass Books, Having a Whiskey Coke with You, NAP and The Medical Chronicles. She is the author of two chapbooks: Birdland, and the forthcoming Reconstruction.