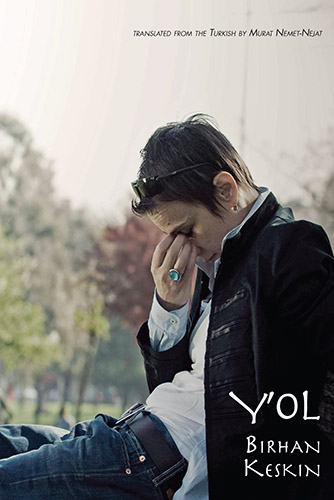 Translated from the Turkish by Murat Nemet-Nejat

When I read Birhan Keskin’s poems I hear an oud playing a double makam: the one a fixed, the other a spontaneous/improvisatory mode. In filigree, the fixed is rooted in the poetic archetypes of Layla & Majnun, the Persian poem of love, loss and spiritual redemption,—except that here we no longer know who is majnun, i.e. crazy or possessed—while the spontaneous/improvisatory makes language boil over, literally makes it become concrete (as in “concrete poetry”). Or is it that the written is silently sounded & the sounded silently written? There is a quest going on here, a quest for a visionary but a-religious spirituality, encapsulated in the title itself, Y’ol, “the road to becoming.”  I cannot help but think of a lineage that reaches from Rabia of Basra, the first mystic Sufi woman poet to a contemporary such as Adonis. Only a poet-translator of Murat Nemet-Nejat’s linguistic dexterity & depth of knowledge could have accomplished the tour-de-force of transposing this work into English.

“the other calls the one who isn’t there / that’s how magic becomes magic”—there’s no getting around it. To live is to desire, thus, ultimately to anguish. In Y’ol, the world is unstable, even untrustworthy. But this only makes love more important: “the sky i return, return return / return to is you”. Love—defined in these poems through an endless yearning—could have been denied but instead is upheld, even as these poems of fortitude must scorch their pages. The title “Y’ol” means “the road of/towards becoming.” This Y’ol presents the jagged music of metamorphosis and to read these poems is to discern songs made possible only with silence set on fire.

Birhan Keskin’s Y’ol is a singular accomplishment, a book about desire and loss and craziness on a grand scale, the Turkish equivalent, perhaps, of something like Nicole Brossard’s Mauve Desert.  Keskin’s lovers break the bonds of sentence construction and even numerical order with the fury of the “retaind and detained”—one long poem in numbered sections makes a muddle of the numbers themselves, as though the individual pieces had been scattered across the pages like dice from a dice cup.  Its passion fairly takes away the breath of the reader, and Murat Nemet-Nejat’s nimble translation captures nuance as well as it brings us the flesh and blood of two women playing for keeps across an erotic landscape unlike any other I’ve seen in contemporary poetry.

I’m a gone and committed fan of what’s happening in Birhan Keskin’s Y’ol. It shakes me up in my writing, heart and mind. It’s in my day. Its flow is nakedly experiential, yet its unquestionably operating out of the profound blindness of poetry, language reaches for a place. These verses are dirty like the road of love. Immediately I read Y’ol with all of me, felt challenged and pulled like watching an amazing athlete or yoga practitioner going through their steps and yet it’s the nature of this art form to move and tear and go forward into nothing. It’s a virtuosic dance and a collapse, a reminder and a revelation. Every lover becomes her “us.” 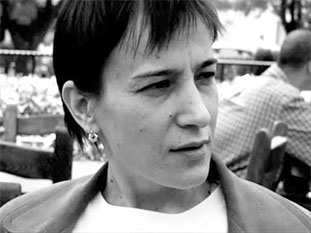 Birhan Keskin was born in Kırklareli, a town on the European side of Turkey, in 1963. She graduated from the literature department of Istanbul University in sociology in 1986. She published her first poem in 1984. Between 1995 and 98, with her friends, she published the literary journal Göçebe (Nomad). She worked as an editor in numerous publications. 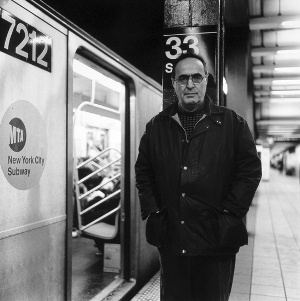 Murat Nemet-Nejat’s recent work includes the poems Animals of Dawn (Talisman, 2016), The Spiritual Life of Replicants (Talisman, 2011), the collaboration with the poet Standard Schaefer “Alphabet Dialogues/Penis Monologues”; the translations Seyhan Erözçelik’s Rosestrikes and Coffee Grinds (Talisman, 2010), the republication by Green Integer Press of Ece Ayhan’s A Blind Cat Black and Orthodoxies (2015); and the essays «Dear Charles, Letters from a Turk: Mayan Letters, Herman Melville and Eda” (Letters for Olson, edited by Benjamin Hollander, Spuyten Duyvil, 2016), “Holiness and Jewish Rebellion: ‘Questions of Accent’ Twenty Years Afterward” (Languages of Modern Jewish Cultures: Comparative Perspectives, edited by Joshua L. Miller and Anita Norich (University of Michigan Press, 2016) and «Istanbul Noir» (Istanbul: Metamorphoses In an Imperial City, edited by M. Akif Kirecci and Edward Foster (Talisman, 2011). He is the editor of Eda: An Anthology of Contemporary Turkish Poetry (Talisman, 2004). Murat Nemet-Nejat is presently working on the poems Camels and Weasels and Io’s Song, and a collection of translations from the Turkish poet Sami Baydar. Camels & Weasels is part of a seven-part serial poem The Structure of Escape which also includes the poems The Spiritual Life of Replicants and Animals of Dawn.