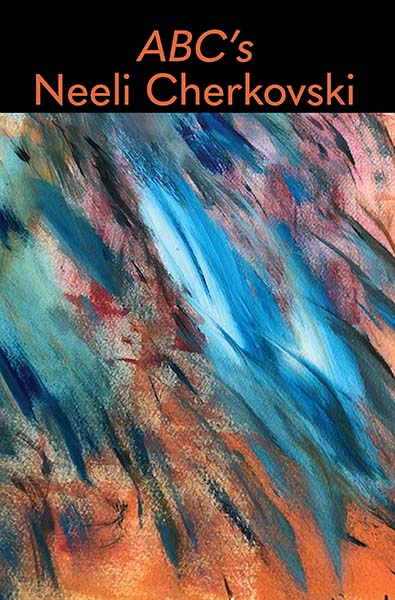 Neeli Cherkovski’s new poem bubbles with  improvisatory acumen, sounds echoing sentiment: the intelligence of affect melts into the necessity for resonance—before turning around to shake your hand: comrade! friend! reader!

“moon songs, ethereal music and / stuff like that” a way to move through numbers, letters, jazz or orchestra: “music is thought / not feeling” “music is color / not form BUT / music is beyond” and the poems have form, a narrow shape down pages, the letters start to resonate, not just jumping off points, but sounds that rhythmically fight for stretches, of humanity, humility on the hill ahead. Neeli is at his loosest here, his swing gathers him into its gullet. “hi! / how are you?” he can suddenly ask the reader, anyone. Lines swell and recede like the waters. A terrific ride, he’ll keep you safe! Plus: a bonus ABC for Jack Hirschman!

In the age-old tradition of alphabet poems, from Psalm 119, to St. Augustine, to Chaucer, to Edward Lear and the present, Neeli Cherkovski’s ABC’S expand the poet’s singing voice, discovering remarkable musicality in the verse’s every turn. Throughout the sequence, Cherkovski delivers intoxicating melodies, forms of silence often dizzying in their new familiarity. 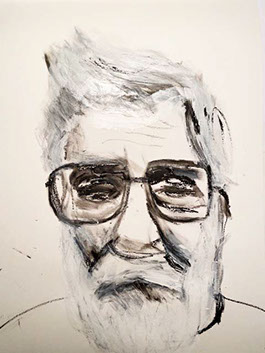 Neeli Cherkovski grew up in Los Angeles where he edited The Anthology of Los Angeles Poets with Charles Bukowski and Paul Vangelisti. He moved to San Francisco in 1974 where he was associated with Jack Hirschman, David Meltzer, Lawrence Ferlinghetti, Gregory Corso, and a whole tribe of poets. His essay collection Whitman’s Wild Children, originally published in 1989, with expanded subsequent reissues, provides intimate portraits of many of these contemporaries. In 2019 he co-edited The Collected Poems of Bob Kaufman, another close friend. Cherkovski’s poems have been translated into Italian, German, Spanish, Turkish, and French. His most recent poetry collections are Elegy for my Beat Generation and Hang onto the Yangtze River (Lithic Press, Fruita Colorado)  His Round Your Tongue: New and Selected Poems, 1959-2021, is also forthcoming from Lithic Press.