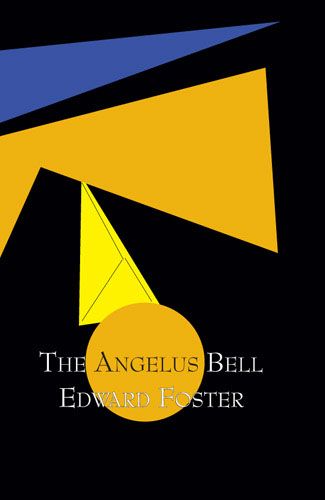 Foster, like Bronk, tends toward gnomic, epigrammatic lines that tease the reader into a more intimate communion with the processes of sound and inner revelation—a grammar of the soul, if you will, whose tenses and moods occur as testimony to “the ecstasies of solitude” and “angels tipping heads / from side to side.”. . . But where Bronk remains stark and stunning as the winter light he preferred, in Foster there is a disciplined severity that contrasts more piquantly with occasional flourishes of playful lyricism. . . .

With an admirable balance of unflinching honesty and delicate indirection, Ed Foster’s boy in the key of e offers a work of measured thoughtfulness and intense delight, By restraining his emotional effects through a subtle orchestration of sound, image, and idea, he has allowed his forms to speak, which his themes resonate discretely through-out.

Let no one seek [in The Understanding] a secure sense of self. . . . To have read these poems is to have entered another self, to have felt the vital force.”

All Acts Are Simply Acts operates within a framework of interdependency; there is a careful balance as the various pieces achieve the level of narrativity (as opposed to argu-ment); the perpetual flux of Foster’s arrangement (poems alternated

occasionally with prose, or ‘prose-poems’) gives space for a wide range of attitude, including extremes of intense feeling, which are often negotiated in terms of relentless searchings-out of what language and history might be said to have ghosted.

Edward Foster’s recent books include Jack Spicer (1991), William Saroyan: A Study of The Short Fiction (1991), Understanding the Beats (1992), The Space Between Her  Bed and Clock (1993), The Understanding (1994), All Acts Are Simply Acts (1995), Understanding the Black Mountain Poets (1995), Adrian as Song (1996), boy in the key of e (1998), and Answerable to None: Berrigan, Bronk, and the American Real (1999). The co-editor (with Leonard Schwartz and Joseph Donahue) of Primary Trouble: An Anthology of Contemporary Poetry (1996) and the editor of The White Tomb: Selected Works of Stuart Merrill (1999) and Decadents, Symbolists, and Aesthetes in America: Fin-de-Siecle American Poetry (2000); he is co-editing with Joseph Donahue The World in Time and Space: Towards a History of Innovative American Poetry 1970-2000: Essays on the Revolution in American Poetry and Poetics at the End of the Twentieth Century. His interviews with contemporary poets are collected in Postmodern Poetry Poetry and Poetics in a New Millenium (2000.)

Formerly the poetry editor of MultiCultural Review, Foster is the founding editor of Talisman: A Journal of Contemporary Poetry and Poetics, Talisman House, Publishers, and Jensen/Daniels, Publishers. A professor of English and American literature at the Stevens Institute of Technology and former visiting professor at Drew University Graduate Faculty, Foster was a Fulbright lecturer at Haceteppe University in Ankara, Turkey, and at the University of Istanbul. The co-director of the Russian/American Cultural Exchange Program, he has been the recipient of various grants and awards from Columbia University,